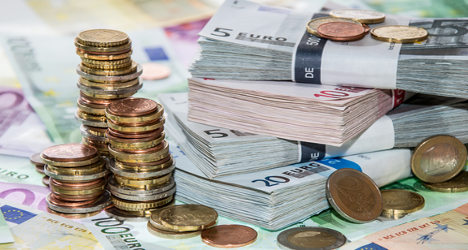 A string of public holidays in May are going to cost France big this year. Photo: Money

May is going to be a nice month of extra long weekends for most French workers, but it's not going to be of much help to the country’s limping economy.

Over the four and a half weeks of May, there were will be three public holidays and each happens to fall on a Thursday. That makes them prime candidates for what the French call ‘ponts’ or bridges in English, which are simply extended weekends and give workers the chance to head to the coast or into the country.

It’ll be nice to break out the barbecue and unplug from the rat race for a few days for workers, but not it will not be without a cost to the French economy.

The national statistics agency INSEE estimated 2014’s 11 public holidays will, due to lost productivity, cost the economy 0.01 percent of gross domestic product. It doesn’t sound like much, but it works out to about €200 million for the year.

However, this figure doesn’t take into account the many workers who will turn their extra day off into an extra long weekend by taking the Friday off. And when their ‘pont’ Fridays are taken into account the cost balloons up to what could be €4 billion,  Europe 1 radio estimated.

That figure assumes that the entirety of the country’s working population would end each of the three holiday weeks with long weekends. So it is somewhat of a worst case scenario.

It's also important to note that although workers may get less done because they'll be out of the office, they will likely be out spending money on activities instead. A French economic watchdog, (Observatoire Français des Conjonctures Economiques), notes the days off are good for tourism, shopping and restaurants.

But while these days off provide a counterbalance they don’t fully make up for the potential cost of long public holiday weekends.

However, there is some good economic news buried in all this, if only relatively good news. This years' May public holidays won’t be nearly as costly to the economy as they were in 2013.

According to the statisticians over at INSEE holidays that fall on a Wednesday mean the biggest losses for the economy. That could be down to the fact many French workers are tempted into taking an extra long 'pont', but INSEE didn't specify the exact cause.

The three May holidays fell on Wednesdays last year, when INSEE stated the days off made a 0.1 percent dent in the economy or about €2 billion. That's 10 times the cost of this years' holidays.