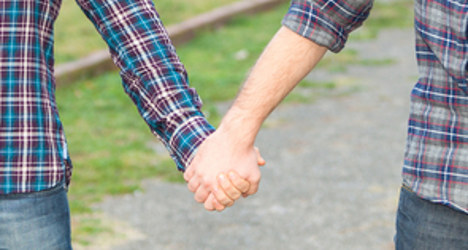 A driver for car service Uber was fired this weekend after saying he doesn't pick up gay passengers. Photo: Holding hands.

A homophobic driver for car hire company Uber got the boot this weekend after he told two passengers they weren’t welcome in his car because they were gay.

The incident happened in the centre of Paris overnight on Saturday when two men ordered a car from ride-sharing service Uber.

When the driver showed up, he asked the men a few questions, and after determining they had come from a gay club he refused to give them a ride. The driver allegedly said ‘I don’t take gays’ and drove off, French daily Le Parisien reported.

Still needing to get home, the young men again requested a car from Uber. Incredibly, the same driver turned up again, prompting them to snap a picture of his license plate.

The driver didn’t like being photographed one bit and allegedly shouted at one of the men, “Come here, I’m going to break your phone." Fearing for their safety, the two men headed back toward the club.

Their move prompted the driver to shout: “Come on, get in gays, I’ll take you home” before he drove off. At that point the men took to Twitter to denounce the incident and inform Uber of what had happened.

(No, I don't take gays. @Uber_Paris thank you to your driver plate number CSM759DM3 5:57am who refused our trip because it wasn't up to his taste)

On Sunday morning Uber first announced the suspension of the driver before then confirming he had been fired.

(@Lucas_Hrrschr Hello Luca, this unacceptable behavior is absolutely not representative of the spirit of Uber. The driver has been suspended.)

(@MaXawauf @Lucas_Hrrschr I can confirm the driver will fired. We don't joke around with this.)

It's just the most recent incident of its type in France. Last month two teenage lesbians were doused with water by an anti-gay public bus driver in Lyon after they kissed in front of him. That driver didn't have his job for much longer either.

Uber is at the heart of a battle between a traditional taxis and lightly regulated private hire car services, with the government set to introduce new rules in the coming months.