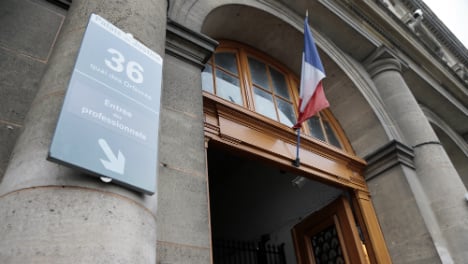 Interior Minister Bernard Cazeneuve said in a statement sent to AFP that the two officers would "face the full consequences" if they were found guilty.

Four policemen were taken into custody after the 34-year-old woman filed a complaint saying she had been raped in the police headquarters overnight Tuesday.

Two of the members of the elite BRI unit that fights gang crime were charged overnight, a source close to the investigation said, after the other two were released on Saturday.

According to judicial sources, the woman met the officers during a night of heavy drinking at an Irish pub frequented by many police from the headquarters, which is widely known by its address: 36, Quai des Orfevres.

They said she agreed to follow them to their workplace, which lies just across the Seine from the pub in the popular tourist Saint-Michel district.

She registered a criminal complaint soon after the alleged assault. Initial medical exams were carried out and DNA samples were taken but the results are not yet known.

One policeman has admitted to having consensual sex with her but denied rape. A judicial investigation has been launched and the accused are also facing a probe into tampering with the scene of a crime.

A source close to the investigation said the woman's spectacles and stockings disappeared after she filed the complaint.