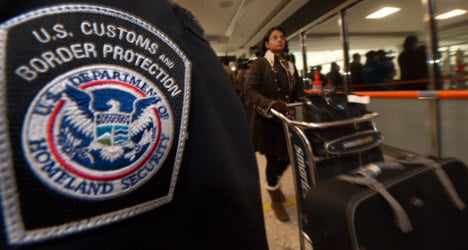 Was a French mum barred from entering the US because her name sounds like Al Qaeda when pronounced wrongly? Photo: Sergey Vladimiriv/Flickr

A French woman was all set for a holiday to New York with her husband and their two children on Wednesday but was stopped as she was about to board the plane at Geneva airport.

According to the woman, whose first name is Aïda, second name Alic, she was told by a boarding official with the Swiss airlines that they had received notice from US border authorities, informing them that she was barred from entering the States.

“At first I thought it was a joke, then I realized our trip was not going to happen,” she told Dauphiné libéré.

“To be on a blacklist like a terrorist, you become paranoid,” said Alic, who is from the Savoie region of south-eastern France.

Wondering why she ended up being barred from the United States territory the young woman, who had painted the colours of the US flag on her finger nails in preparation for the trip, could only think of one reason – her name.

On her passport her surname Alic appears then her first name Aïda.

“Alic Aida, Al Qaeda. When friends make the play on words to try and pull my leg, I am used to it, but not this. Especially since my name is actually pronounced Alitch. It is of Yugoslav origin. And now here I am labelled as a risk.”

According to Europe1 the young woman called the American consulate in Lyon to try and find out the reason why she was barred from boarding the plane but was unable to find out. A spokesman for Swiss airlines confirmed to The Local on Friday that they had been informed by US border authorities not to allow Alic to board the plane, but they were not informed of the reason why.

“The US sent us a notice and we have a duty as Swiss airlines to respect their decision,” the spokesperson said. “They don’t tell us the reason why people can’t board.”

In a statement to The Local the US Customs and Border Protection (CBP) said: "The United States has been and continues to be a welcoming nation. U.S. Customs and Border Protection not only protects U.S. citizens and lawful permanent residents in the country but also wants to ensure the safety of our international travellers who come to visit, study and conduct legitimate business in our country.

"Our dual mission is to facilitate travel in the United States while we secure our borders, our people and our visitors from those that would do us harm like terrorists and terrorist weapons, criminals, and contraband.

"While we are not at liberty to discuss an individual’s processing due to the Privacy Act, our CBP officers are charged with enforcing not only immigration and customs laws, but they also enforce over 400 laws for 40 other agencies and have stopped thousands of violators of U.S. law."