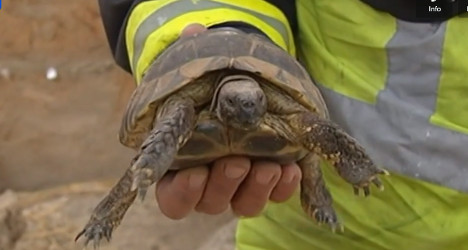 The blaze swept through the warehouse in the early hours of Sunday morning and according to local media reports killed between 20,000 to 30,000 animals who were being stored there.

The warehouse, situated in the town of Saint-Sulpice-La-Point, not far from Toulouse belonged to the company Savannah, one of the main wholesalers of reptiles and turtles in France.

According to firefighters the blaze started at 2am and quickly destroyed the 4,000 square metre depot, where numerous species of snakes, iguanas, turtles and other reptiles were being stored.

A video from France TV showed that the roof of part of the warehouse had collapsed.

Only a few turtles were said to have survived the inferno.

Authorities are still investigating the cause of the blaze and have not ruled out arson.