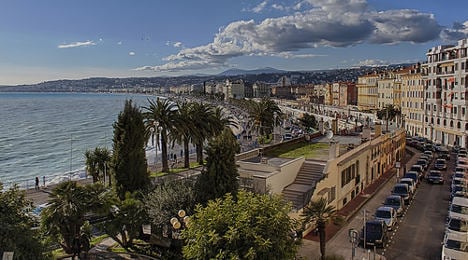 The famous Promenade des Anglais in Nice. Will it be recognisd by Unesco? Photo: Patrick06/Flickr

The deputy mayor of Nice, Christian Estrosi has drafted in former French culture minister Jean-Jacques Aillagon to put together an application to convince Unesco judges to add the famous seafront area of the Riviera city to its prestigious list of protected sites.

According to France Info radio, Estrosi has had the idea of pushing for World Heritage status since 2012, but with now Aillagon on board, the application has been made a priority.

The Promenade des Anglais, on the edge of the Baie des Anges, was created in 1822 and over the years has seen stars and tourists alike stroll along the water’s edge.

The promenade was the first urban development to promote seaside leisure and became a symbol of the Côte d’Azur city. It is said to have inspired other famous city seafront’s including Copacabana in Rio, Le Malecon in Havana and Venice Beach in LA.

However there is a long way to go before the promenade joins the list which includes dozens of other sites in France, to be granted protection by the status.

The candidacy has to be presented to the French government, who will then decide whether to put it forward to Unesco.

However the government can only present a certain number of applications to Unesco, so officials may have to make a tough decision.

Authorities in Normandy are also trying to push for the D-Day landing beaches to be granted World Heritage status.

If both of these coastal sites are eventually recognised by Unesco, they will presumably join the list of French World Heritage sites threatened by global warming.

Click on the link below to find out the others.