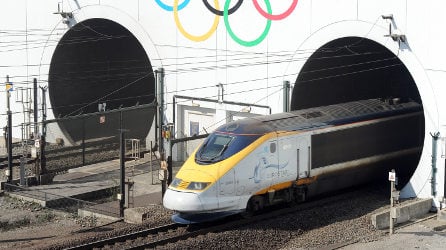 Hundreds of Eurostar commuters between London and Paris had their Easter travel plans disrupted on Thursday as a technical fault inside the tunnel and a fatality held trains up for five hours and forced the cancellation of later services.

The BBC reported trains were back up and running on Friday, but with many trains running at full capacity travelers were advised to arrive early. Passengers with tickets for cancelled trains and who were not able to book a new ticket were advised by Eurostar to apply for a refund.

The trouble came after duel incidents on the train lines rails. Customers on the French side of the tunnel on Thursday night were told there had been a fatality on the line, and then that a freight train had broken down inside the tunnel.

"We would like to apologize for the severe delays today due to an earlier fatality and ongoing infrastructure problems," said an official tweet.

Passengers were given water and snacks, and on one affected train, a round of applause broke out when they finally emerged from the tunnel, according to an AFP reporter.

A later message sent at around 1900 GMT confirmed that "all Eurostar services are closed now" but those travelling on Friday should check in as usual.

Commuters using the cross-Channel service were affected last month when a lightning strike sparked a fire on the English side, forcing one train to turn back.

More than 130,000 passengers are expected to travel on Eurostar over the Easter weekend, one of the busiest periods of the year.