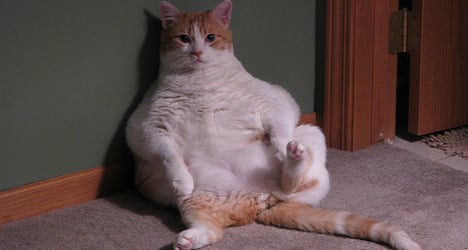 Animals may soon be considered more than furniture in France. Photo: Danperry.com/Flickr

In France animals have practically the same legal status as a chair, but after a long battle that looks likely to change.

Lawmakers on the National Assembly legal committee voted late on Tuesday to alter France’s 210-year-old civil code to reflect a change in animals’ status from “personal property”  to that of a “sentient living being".

While the Socialist-sponsored bill that contains the change must still be passed by the full Assembly and Senate, the vote was hailed by animal rights activists as an important step forward.

“The Fondation 30 Millions d’Amis (30 Millions Friends Foundation) is delighted by the recognition from deputies that animals are sentient, living beings in the civil code,” the association wrote in a statement. “It’s step forward in a battle the foundation has long been fighting and will continue to fight.”

Lawmakers took on the issue as a result of a 30 Millions d’Amis petition which received some 678,000 signatures since it went online. After over 20 French intellectuals signed on to the effort in October 2013, the president of the foundation told The Local why the code had to be changed.

“The civil code, which is the foundation of the law in France considers animals are no different to a chair or a table. They are seen as just things. But in the EU treaty of Lisbon animals are considered as "sensitive creatures" yet France is saying they are just pieces of furniture that 'can walk by themselves'. You can see how ridiculous it is,” President Reha Hutin said.“How can we teach children that a dog is no different to a table?”

Opinion: Why animals in France need a new legal status However not all right activists were overjoyed by the Assembly vote. The Brigitte Bardot Foundation shrugged over the impact of the potential change.

“It’s no revolution for animals,” foundation spokesman Christophe Marie told AFP. “That the status of animals changes from “personal property” to “sentient, living being” is good. But what is not good is that it should have been done long ago.

It basically standardizes legal texts, but in no way does it challenge the exploitation of animals.”

In terms of actual impact, if the change becomes law it will be largely symbolic, AFP reported. The rural and penal codes already recognize animals as “living, sentient beings”; the civil code, which dates from the Napoleonic era, was the sole exception.

Changing the law would primarily have the impact of standardizing the three legal texts, which serve as pillars of the French law. But apart from making the codes the same, the altered status of animals would prompt no actual change in how the law treats animals, Socialist Deputy Colette Capdevielle told AFP.