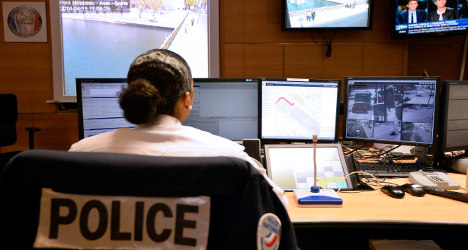 After police in southern France sent out an email last month asking for hotel and campground owners to help with a new initiative they got a strong response, but probably not the one they’d hoped for.

The email told owners that police want to “anticipate acts of crime, in particular, organized gangs of burglars, the theft of bank card data and pimping."

"We therefore ask you to report the arrival in your establishments of people coming from Eastern Europe,” according to an email from the Montpelier regional police service (SRPJ), French daily Le Parisien reported on Monday.

The message has left the hoteliers fuming and prompted the head of their union to accuse the police of a form of racism.

“This may open the door to snitching and racial profiling. I cannot do that! This could also lead to innocent people bring placed in police in custody. But it is obvious that if I ever saw a minor abused in a hotel, I'd tell the police,” Jacques Mestre, head of the Union des Métiers de l'Industrie Hôtelière de Languedoc-Roussillon, told AFP.

The leader of the Montpelier police unit that sent the email didn’t respond to the AFP’s request for comment. However, a national police union official defended the communiqué.

"(It) would not violate the values ​​of the Republic by advocating snitching," Unité SGP Police-FO head Bruno Bartocetti told AFP "It’s a logical message."

"You have to be realistic, and not be naive, and be aware that in the fight against pimping speed is essential. After 10-15 days in a hotel, the networks change locations and disappears. Would the hotel owners not be showing some passive complicity if they didn’t report suspicious facts?”

French police have watched the burglary rate climb for several years in a row and a recurring message from police is that Eastern European gangs are responsible. The message has become a popular election topic in recent years.

Also, French authorities have taken a hard line against the presence of Roma people from Romania and Bulgaria, repeatedly bulldozing their unsanctioned settlements and expelling them from France. This tactic has drawn harsh criticism – but no real sanctions – from the European Union because Romanians and Bulgarians, as EU citizens, are allowed to live and work in France.