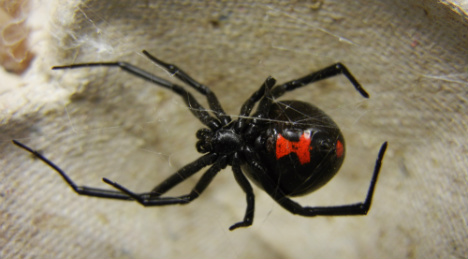 Manuela Gonzalez, 53, is accused of the 2008 murder of Daniel Cano, a 58-year-old metal worker whose charred remains were found in the back of his burnt-out car near the house he shared with her in Villard-Bonnot in the Isère region of the Alps.

Police quickly established that the fire had been started deliberately, that Cano had consumed sleeping pills and that there had been tensions between the couple, both of whom were keen gamblers.

It subsequently emerged that Gonzalez had, without consulting her husband, re-mortgaged their house for €165,000 ($229,000), and that, a month before his death, there had been a fire in Cano's bedroom while he was sleeping alone.

The blaze was blamed on the family dog knocking over a candle but the couple's son testified to prosecutors that he had heard his father say, during an argument several days after the incident, "Manuela, don't take me for an idiot, there was no candle in my room."

As they looked into Gonzalez's past, investigators discovered that four of her previous partners had been poisoned in suspicious circumstances, two of whom died.

In 1983, her then husband spent three months in hospital having absorbed large quantities of anti-depressants.

A year later, a jeweller with whom she had begun a relationship was hopitalized after drinking tea she had laced with morphine derivatives as part of a plot to persuade him to write her a cheque for the equivalent of €12,000. That episode resulted in a conviction and a two-year prison sentence.

In April 1989, another lover died in his garage as a result of what was declared a suicide caused by asphyxiation from exhaust fumes from his car.

Another partner died in 1991 as a result of fumes caused by a fire at a flat they shared. Gonzalez was accused of causing the death but the charges were dropped three years later.

"What is astonishing is that she has slipped through so many nets for such a long time," said Francois Leclerc, the lawyer representing the brother and sister of Daniel Cano.

Leclerc said Gonzalez's past would be a key element in the prosecution case as, he argued, it reflected her modus operandi.

Gonzalez's lawyer, Ronald Gallo, argued that the previous cases were not relevant.

"Either they cannot be considered on statute of limitations grounds or they have already been judged," he said.

"From the beginning, the police have convicted her on the basis of her past. There is no proof, not even a single indirect witness."

The case is also expected to focus on whether Gonzalez, who is of Spanish heritage, suffered from a split personality and whether financial problems related to her gambling may have been a motive for her alleged murder.