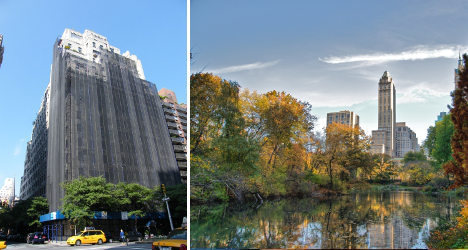 France is having to make some tough calls to get its fiscal house in order and the decision to sell its United Nations ambassador’s residence at the edge of New York City’s Central Park must have been one of the toughest.

The 18-room luxury apartment, spread over two floors of 740 Park Avenue – known as the world’s richest apartment building – is on the market for a mere $48 million (€35 million), according to the Associated Press.

It's the most recent cost-cutting measure France has had to make as the country struggles with record unemployment and huge public deft.  Casualties of the belt-tightening drive thus far have included the presidential wine collection as well as the Republican Guard.

France has had the New York property since 1978, when the flat probably sold for quite a bit less. It is regularly used to host top officials at the for typicaly gourmet dinners. The place seems fit for a king.

It has six bedrooms, seven bathrooms and five fireplaces in the flat that also includes a large traditional kitchen, pantry, vast dining room and quarters for two servants.

Part of the cachet of the 1929 building is its long history of being home to big money.

It was the childhood home of Jacqueline Kennedy, whose grandfather built it, and has played host to fashion designer Vera Wang, industrialist David Koch, and numerous businessmen, notably from early American business giant Standard Oil.

If the eventual buyers pay full price and decide they’d better take out a mortgage, instead of paying in cash, the monthly payments are going to be whopping.

According to a payments estimator on StreetEasy real estate website, the payments will run at $224,400 per month.