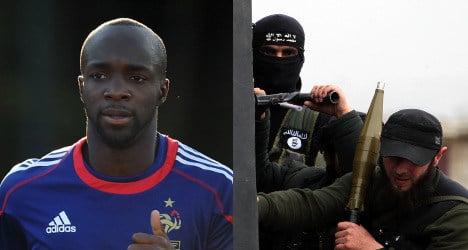 French international Lassana Diarra has been forced to deny rumours he has become a jihadist fighter in Syria. Photos: AFP

French international Lassana Diarra on Tuesday denied rumours on social media websites that he had become a jihadist in the Syria war.

The Lokomotiv Moscow midfielder "denies in the most formal, the most categoric, the most absolute fashion that he has gone to Syria," said Diarra's French lawyer Eric Dupond Moretti. "He has never set foot in Syria.

"It's absurd. He is not a jihadist, he is a footballer with Lokomotiv Moscow," the lawyer added.

The British tabloid Daily Mirror this week reported social media rumours that Diarra had gone to Syria where the war is now into a fourth year and has cost the lives of over 150,000 people, according to the Syrian Observatory for Human Rights.

The lawyer said Diarra, 29, who has also played for Real Madrid, Chelsea and Arsenal, expected to take part in Lokomotiv's league game on Sunday. Diarra – who was a member of the Real squad that won the Spanish league title in 2012 – last played for France in 2010.

Hundreds of young Frenchmen are believed to be fighting jihad in Syria, which Prime Minister Manuel Valls says will pose a major security problem when they decide to return home.

Earlier this year France was rocked by the story of two teenage boys who quit school to travel to Syria to join the Holy War. They were caught in Turkey and sent back to face justice.