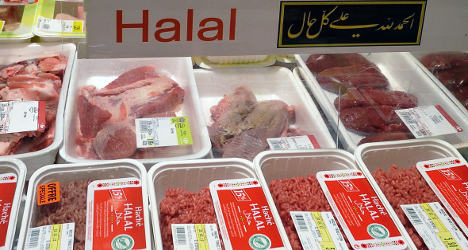 One of the far-right mayors who swept into power two weeks ago after historic local elections has wasted no time in stoking controversy by stating that no halal meals will be served in municipal cafeterias in his town of Béziers.

The mayor Robert Ménard, whose campaign was backed by Marine Le Pen and her National Front party told RTL radio any town establishments that serve halal will cease to do so immediately.

“You must always give people the choice to avoid eating foods that they don’t want to or cannot eat due to their religious convictions. That said, there will be no halal meals in municipal cafeterias,” Ménard said.

RTL noted that there is no official data available on which schools in Beziers, if any, serve halal meat to students who dine in the cafeterias.

Le Pen told a French radio station that in towns won by the party's candidates school cafeterias will no longer serve non-pork substitution meals, which generally go to Muslim and Jewish children.

Pork or nothing for pupils in far-right towns: Le Pen

School meals is the first issue the National Front has flexed its newly strengthened political muscles on since winning a record number of town council seats and mayorships in March's local elections.

The issue of halal meat is often a controversial topic in France where those against it justify their opposition by pointing to France's historic principle of laïcité – a separation of religion from all matters of the state.

The question around halal meat has been used as a political football, especially when elections approach.

Marine Le Pen launched a fierce row before 2012’s presidential elections when she claimed all meat from abatoirs in the Paris region was prepared using Islamic halal traditions and non-Muslim consumers in the capital were being misled.