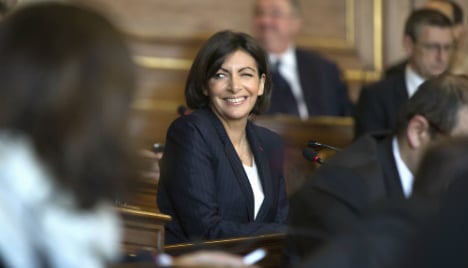 The Spanish-born Socialist took up the post after a City Hall vote to rubber-stamp her victory in municipal elections on Sunday.

An old school feminist socialist, Hidalgo, 54, has spent the last 13 years as a low-profile deputy to outgoing mayor Bertrand Delanoe.

She now joins an exclusive club of women who have taken charge of major cities around the world.

Born near Cadiz in the southwestern corner of Spain in 1959, Hidalgo came to France as an infant and grew up in a working class suburb of Lyon.

Hidalgo has promised major investment in housing, transport and green spaces, with the aim of reversing a middle and working class exodus to the suburbs.

She has promised to create 10,000 new social housing units and 5,000 kindergarten places.