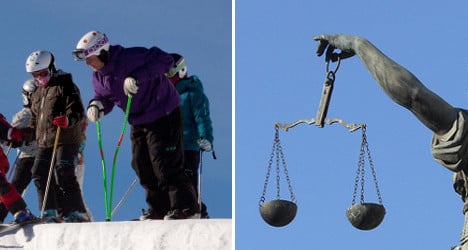 The case against 51-year-old Simon Butler goes to the heart of Europe's labour laws and has sparked outrage in his native country.

Hauled away by gendarmes on February 18 at the resort town of Megève near Mont Blanc, Butler is accused of breaching French law by teaching without proper qualifications.

Despite having the highest-rated British ski instructor's licence, Butler is for French authorities a repeat offender who stubbornly refuses to obtain the required qualifications despite repeated convictions and fines.

After being hauled off for questioning, Butler was held overnight in jail along with two of his employees. They were all released later.

Under French law, foreign instructors have to pass the Eurotest, an integral part of the training of ski instructors in France, Italy, Germany, Spain, Austria and Britain. The test involves a completing a tough downhill slalom at racing speed.

Butler and his team all have the level three or four certificates issued by the British Association of Snowsport Instructors (BASI) that are required by Britain to teach skiing on slopes like those in Megève.

France issues its own certificates from the Ecole du Ski Francaise (ESF) and does not automatically recognise the British equivalents.

"He is in total rebellion against French law," says Pierre-Yves Michau, the prosecutor in the nearby town of Bonneville, referring to Butler.

Butler, who has been a ski instructor in France for over three decades, on the other hand accuses France of breaching a cornerstone of the European Union: the free movement of workers.

He says he is being targeted in a campaign to drive away foreign instructors and have them replaced with French ones.

There have been accusations of protectionism, leading the French embassy in London to deny there was a "piste war" taking place in the French Alps.

"More than 300,000 British skiers enjoy French slopes and resorts each year, and no fewer than 19 different British ski schools are listed," the French embassy said in a statement.

"We will not allow the regrettable behaviour of one repeat offender to obscure the fact that the vast majority of British ski instructors flourish in France," it added.

Prosecutors in Bonneville have repeatedly convicted Butler for working without the French certificate.

Butler and his lawyers say France's refusal to recognise British certificates violates EU laws on freedom of movement, in particular a 2005 directive on Europe-wide recognition of qualifications.

After about 36 hours in custody, Butler was taken to court in Bonneville and formally charged, ordered not to leave France, not to work as an instructor and to report to police once a week pending his trial.

Butler's latest arrest sparked outrage among some in Britain.

London Mayor Boris Johnson called the dispute "a complete, naked, shameless and unrepentant breach – by the French – of the principles of the European Single Market".

"It is a simple case of French protectionism and racism rolled into one," said the deputy leader of the eurosceptic UK Independence Party, Paul Nuttall.

Butler has said he is considering moving his business — which employs 28 people and hosts about 100 guests a week from December to April — to Switzerland if he loses the case. 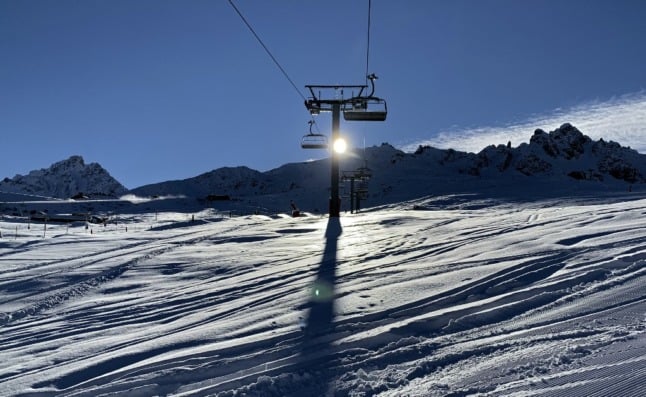