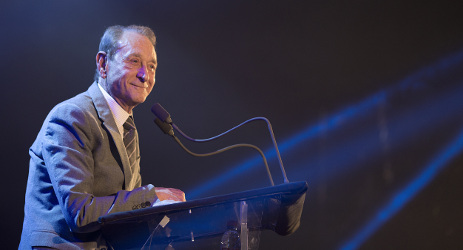 As Paris's mayor steps down, The Local looks on back his most loved and hated initiatives. Photo: Joel Saget/AFP

When Betrand Delanoë walks out of Paris Town Hall at the end of his last day on Friday, he will leave behind a city left drastically altered by what he did while in power.

The 63-year-old Socialist’s focus on green issues, urban renewal and attempt to link the city together through culture have met with rave reviews. He did afterall cruise to an easy re-election in 2008 and his top deputy Anne Hidalgo was just elected the city's first female mayor.

However, not everyone thinks the city's top leftist leader had the magic touch for every initiative he laid a hand on. In fact, he's a got some fairly angry detractors.

Here are eight key Delanoë initiatives Parisians love to gush over or love to hate:

Paris Plage: Started with a simple mix of imported sand, live music and activities in 2002 for Parisians trapped in the capital in summer, the idea has since turned into a worldwide phenomenon. While many Parisians can’t wait to sunbathe along the Seine or take a dip in a floating pool, there are plenty of others who’ve made a rule of avoiding the crowds, heat and noise.

Place de La Republique makeover: A year and a half of work on the neglected public space was intended to revitalize a decaying, once majestic plaza. Many adore the cleaner, livelier space inagurated in June 2013, but others have referred to it as “official vandalism.” Critic Adrian Goetz wrote in French daily Le Figaro the plaza: “resembles the city centre of a second-rate industrial German metropolis: an esplanade with no soul.”

Velib’: The public bike sharing system received a glowing reception in its 2007 debut. Scores of Parisians ready to flee the stuffy Metro and packed buses were thrilled to have another means of transport. But the system has been plagued by rampant theft and vandalism of the bikes. Critics have also pointed out the dangers of turning loose legions of  riders on the car-choked streets of Paris without providing them helmets.

Les Halles renovation: Many Parisians stood up and clapped over the announcement the dumpy Les Halles area, now known for drug dealing and fast food shops, would be remade. A massive seashell-like glass and steel canopy is intended to breathe new life into the area when it finished in 2016. But the project has also been criticized as ill-conceived and as likely to be failure as the 1970s urban renewal project that left the area scarred and ugly.

Pedestrianise Les Berges: Delanoe made plenty of Parisians ecstatic when he banned traffic on a stretch of roads that follow the River Seine in the heart of the city. By turning the roadways over to pedestrians it was like Paris-Plages year round. Only hiccup was the irate reaction from the thousands of drivers who used to rely on the roads to get in and out of an already car-unfriendly town.

La Nuit Blanche: The idea of an all night arts festival had been around since the late 1980s, but when Delanoë introduced it to Paris in 2002 it was an instant hit. Scores of Parisians and visitors love crawling through the city for a night discovering strange and wonderful creations in the street. But an all night party has its dangers as Delanoe knows well. He was stabbed by a mentally unstable man during the inaugural event, but fully recovered.

Autolib’: The Velib’ drew such a loyal following, Delanoë followed up with a network of short-term rental electric cars in 2011. Again many Parisians rejoiced at the ability to escape the Metro, but again not everyone was happy. In addition to dirty or vandalized cars, a fire sparked by the charging of one of the vehicles raised safety questions. The program’s operators Bolloré Group later claimed vandalism cause the malfunction.

The Samaritaine project: The formerly grand department store near the River Seine has sat unused since 2005, when it was shuttered for apparent safety upgrades. Delanoë has backed a plan to transform the building into a mixed use development, but historical preservationists have bitterly opposed changes to the late 18th and early 19th century behemouth. The projects remains at a standstill.

What do you think about Delanoë's legacy in Paris?