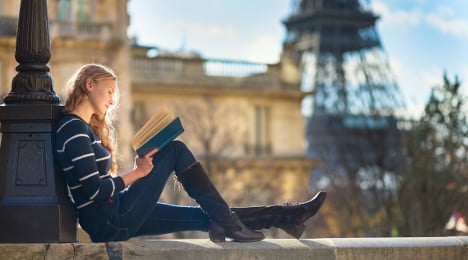 The secret to writing a book about France. Photo: Shutterstock

Is there any other country more written about in the Anglo literary world than France?

A quick glance at an online list of books about France and the French suggests the answer to that question is no, impossible.

Dozens of books have been penned over the years including Peter Mayle’s famous A Year in Provence that was made into a TV series, to modern bestsellers like Pamela Druckerman’s French Children Don’t Throw Food.

And they are still being churned out, with one of the latest editions to “Froglit” being Mireille Guiliano’s French Women Don’t Get Facelifts, a follow up to her best-seller French Women Don't Get Fat.

The simple fact is, books about France and the French are still money earners, Lucy Wadham the author behind The Secret Life of France tells The Local.

The author was asked by her publishers to write about her experiences of love, marriage and work in France, because they knew it would sell.

“When they suggested I write about France, my heart sank. Fiction is my first love and this book felt like homework,” she says.

And the reason why publishers are still commissioning new books about France is the same reason why Anglo media churn out articles daily about the goings on in France that are lapped up by readers.

“French culture still tends to run contrary to the dominant model, which is Anglo-Saxon. As such France offers endless opportunity for comparison to British and American readers,” says Wadham.

“Because France has not fully embraced either capitalism or feminism French attitudes to so many aspects of life are different to ours.

“As long as France continues to go her own way like this, I think she'll continue to provide fodder for the kind of book, many of which are driven, either by a dewy-eyed envy or a certain scorn,” she adds. While the contrast between the French and our own culture continues to provide the motivation for Anglos to gobble up literature about France, the types of books written about the country do not all fall into the same category.

It seems the ones that have the biggest chance of selling are the ones that promote the “myth about France being a dream-like cultural paradise – the haute cuisine, the stylish fashion, the sexy women, the awe-inspiring architecture, the savoir-vivre of the French,” author Matthew Fraser says.

“This category has is a veritable industry, every year there dozens more books flogging the myth,” says Fraser who wrote Home Again in Paris: Oscar, Leo and me

Piu Marie Eatwell, whose myth busting book They Eat Horses Don’t They – The Truth about the French came out last year, agrees.

“Writing a book about France is quite difficult for authors on the subject who want to portray what France is really like because the genre is highly commercialized and dominated by a certain type of book that plays up to the romanticized clichés that foreigners have about life in France," she says.

“Publishers therefore tend to want to commission only these types of books, so getting anything that is more serious or critical commissioned is very difficult.”

However that’s not to suggest that only books that pick a new angle on an old myth or a new French village to base and Anglo-French love affair in, will be successful.

There is a recent trend for books which dispel the myth and take a harsher, more factual look at the state of modern France, rather than the peddle the idyll many authors would have us believe.

“This suggests that – finally – readers and publishers are showing a welcome willingness to look behind the romance of living in France, to the reality that lies beneath,” says Eatwell.

And for those books that took a critical look at France, it might not just be Anglo publishers who would be willing to publish them.

British author Peter Gumbel has written three books for a French audience including “On achève bien les écoliers”, which looked at the demeaning culture in French schools and became a non-fiction best seller in France.

“French publishers are looking for constructive criticism, a sort of international reality check and aren’t interested in anything that might be construed as mindless French-bashing,” Gumbel tells The Local.

Although as a caveat Gumbel adds “If you do get a French publisher don’t expect to get rich. Their advances are puny.”

If you are considering writing a book about France most of the published authors we spoke to suggest there’s one thing to keep in mind at all times – honesty.

“I'd say just one thing,” Stephen Clarke author of best-selling A Year in the Merde, tells The Local. “Make sure it's all your own work.  Your own style, your own opinions.

“There are so many books about France, so many farmhouses have been renovated, so many Anglo-French love affairs or divorces have been described that there's only one way of making it fresh – make it all yours.” 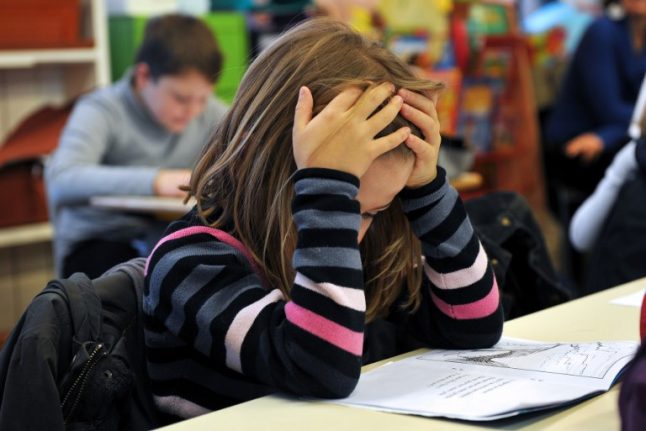 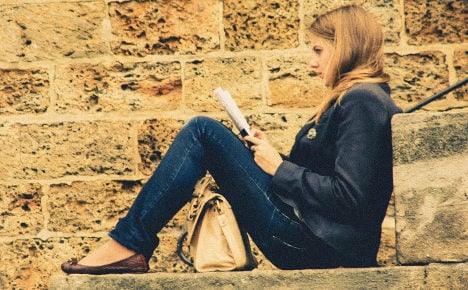 BOOKS
The best books about Paris you need to read

Photo: Kyu/Flickr
The Only Street in Paris France's cook book king David Lebovitz recommends recent release The Only Street in Paris, by Elaine Sciolino.
“She captures a small part of Paris (the rue de Martyrs), a microcosm of the city, and it reveals much about French culture as she describes the pastry shops, fish markets, fromageries, and other businesses that line one of my favorite streets in Paris,” he tells The Local.
“Time has changed the feel and composition of the neighborhood, as it has to the rest of Paris, and she does a remarkable job chronicling how France has held on to its past while at the same time, works to maintain what makes it so special.”
You can find it here.
Tableau de Paris (Panorama of Paris)
Elaine Sciolino herself says Louis-Sébastien Mercier's classic is “the forgotten jewel of French literature”.
“One of the best ways to experience the smells, sounds, sights, and feel of Paris on the eve of the French revolution is to plunge into Louis-Sébastien Mercier’s Tableau de Paris,” she says.
“Mercier was the first street reporter of Paris. He wandered the streets with his notebook, recording the habits and customs of all sorts of people: prostitutes, police, street vendors, beggars, philosophers, priests.
“Mercier was more than a detached observer. He opened conversations with just about anyone. Immediacy, not deep analysis, was his objective, so he is easy to read. His Tableau de Paris is a never-ending source of discovery, a forgotten jewel of French literature.”
500 Buildings of Paris
Author and blogger Lisa Anselmo can't go past photo-filled gem by Kathy Borrus.
“I’m one of those people who can’t get enough of nostalgia, architecture, history, and trivia—oh, and Paris. This book has all of this, and I’m completely obsessed,” she says.
“Originally 1000 Buildings of Paris (how I would have loved that), the abridged edition is just as packed with photos, facts, and some jaw-dropping trivia about the buildings and monuments that make the City of Light, beautiful and interesting.”
Anselmo is the author of My (Part-Time) Paris Life: How Running Away Brought Me Home. Buy it here.
Zazie dans le Métro (Zazie in the Metro)
British author Stephen Clarke suggests Zazie dans le Métro by Raymond Queneau.
“There are all sorts of interpretations of this novel – that one character is the angel Gabriel or that it's a parody of Homer, but I enjoy reading it as a joyful comedy about a young “provinciale” coming to 1950s Paris because she's always dreamt of riding on the Métro, and getting embroiled with a bunch of seedy underworld characters,” he says.
“Queneau's language is a delight, he puns all the time and transcribes words phonetically so that every sentence becomes a joke. Most of all though, the café and street scenes are just so brilliantly Parisian.”
Clarke's latest book is “Merde in Europe”. Read more here.
Paris, Trance Blogger Adam Roberts recommends Geoff Dyer's 1998 novel Paris, Trance.
“Geoff Dyer's hypnotic tale of dance music, ecstasy, friendship and self-discovery in 1990s Paris corresponds in many ways with my own early experiences of the city in the same period,” he says.
“His Paris is an unusual one, an exotic playground that exists in the thrilling present rather than a nostalgic past. I was already a big fan of Dyer, an extremely visceral and charismatic writer, before he published this novel, so having the city I was seeing described in his words was a powerful treat.”
Adam Roberts is the creator of the Invisible Paris blog and the author of the Paris Cityscopes guide that will be published in spring 2017.
The Flaneur: A stroll through the paradoxes of Paris Paris-based US author Pamela Druckerman claims Edmund White's novel from 2001 changed her perceptions of the capital.
“I read it soon after moving to Paris over ten years ago,” she says.
“White was the first person I encountered who acknowledged that, despite Paris's many charms, it is perfectly rational to feel adrift and even a bit depressed here. He made me feel like I wasn’t nuts – and that I wasn’t alone. Isn't that what books are for?”
Paris: The Secret History
Paris-based British author and journalist Peter Gumbel's favourite is Andrew Hussey's 2006 classic Paris: The Secret History.
“It's a riveting and highly original account of the French capital as experienced by those living in its soft underbelly – the thieves, urchins, prostitutes, and other sans-culottes who have been every bit as important for shaping the city's culture as the aristocrats, grand visionaries and intellectuals who are usually celebrated.”
Bel Ami
Paris-based author Matthew Fraser has gone for Bel Ami by Guy de Maupassant.
“I read this about twenty-five years ago and have re-read many times. It's a fascinating study of social ambition and moral corruption in late 19th century Parisian society,” he says.
“In my opinion Bel Ami is the French 'Great Gatsby'. In truth, not much has changed since time of Maupassant — especially his portrait of Parisian journalists and their connections to the rich and powerful.”
Want more books? A similar version of this story was published in 2013.
SHOW COMMENTS
Url copied to clipboard!