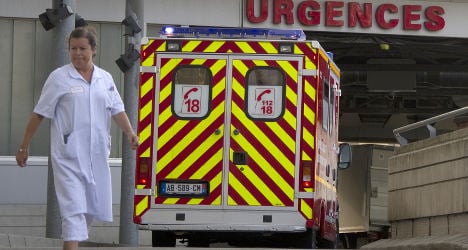 A man has died in France after contracting the rabies virus. Photo: Pascal Pavani/AFP

A man contaminated with rabies on a trip to Mali died on his return to France where the disease has been officially eradicated since 2001, French health authorities said on Thursday.

"A man who was in intensive care in a hospital in the Paris region died today from rabies," the social affairs ministry announced in a statement, adding that the patient was contaminated during a lengthy stay in the west African country.

The ministry said all people who were in close contact with the man had been identified and notified of the risks, and his family and those who treated him were sent to an anti-rabies centre for a potential vaccination against the disease.

Human rabies, which is usually transmitted through an animal bite and very occasionally from human to human, is extremely rare in France.

No person has been contaminated in mainland France, not including overseas territories, since 1924.

But in other parts of the world, rabies causes some 55,000 deaths every year, most often due to dog bites, according to France's Pasteur Institute, which researches infectious diseases.

Last autumn, ten people were given preventive treatment for rabies in France after coming into contact with a kitten that died of the disease.

The last case of animal rabies originating from within French territory was that of a fox found in December 1998.

Symptoms in humans include seizures, partial paralysis, fever and brain inflammation, or encephalitis. There is no known treatment to cure rabies once the infection has taken hold.