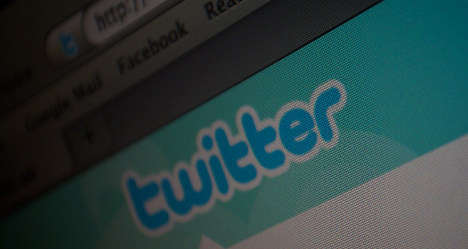 Twitter said on Monday it was expanding its "social TV" efforts with new global partnerships, as it struck deals to acquire companies in Britain and France.

The social TV firms SecondSync in Britain and Mesagraph in France announced separately they were joining Twitter. Terms of the deals were not announced.

The deals came as Twitter announced an expanded effort to be the "second screen" for TV viewers in countries around the world.

"Today, we're pleased to announce that we will bring Twitter TV measurement to even more regions of the world through an expanded partnership with Kantar."

The agreement goes beyond Britain and Spain to the Nordics, Russia, parts of Africa and south-east Asia, the blog said.

Twitter also expanded a deal with ratings firm Nielsen to measure social engagement in Italy and Australia and is working with partners on this in Japan, Germany, Austria and the Netherlands.

"These initiatives reflect the strength of our commitment to the social TV market," she said.

Mesagraph announced on its website, "Today marks a new step for Social TV in Europe and for Mesagraph! We are really excited to announce that we're joining Twitter!"

SecondSync made a similar announcement.

"We are very proud of the business we have built up over the last three years," the British firm said.

"Twitter is the only place that hosts a real-time, public conversation about TV at scale. By joining Twitter, we will be able to help take that experience, in concert with the rest of the TV ecosystem, to the next level – particularly in markets outside the United States. Our current UK product will continue to be available for an interim period."