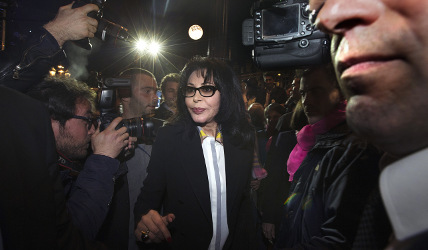 France's minister in charge of relations with French-speaking countries, Yamina Benguigui, is suspected of lying about her assets, a state-appointed transparency watchdog said on Monday.

Francophonie Minister Benguigui has repeatedly and formally denied media allegations that she failed to declare assets of up to €430,000 in April last year.

She subsequently sold the shares she held in a Belgian company, which earned her €430,000, according to French weekly Marianne.

The revelation is a fresh embarrassment for the embattled ruling Socialists, who received a drubbing in municipal polls over the weekend.

President François Hollande's party however won the race for the Paris mayor's office, with Anne Hidalgo becoming the first female mayor of the French capital. Benguigui was also elected as a councillor from Paris's 10th district.

The High Authority for Transparency in Public Life said there was a "serious doubt on the comprehensiveness, accuracy and sincerity" of the minister's declaration of her assets.

The authority was installed after former budget minister Jérôme Cahuzac was forced to resign in March last year after he admitted to having secret foreign accounts.

Once in charge of battling tax evasion and fraud, Cahuzac has admitted to repeatedly lying about overseas accounts in Switzerland and Singapore said to contain around €600,000.