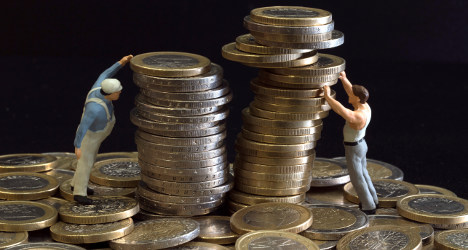 France is way behind targets for cleaning up its budget, official data showed on Monday, deepening a dilemma for President Francois Hollande over cutting spending without splitting his left-wing backers.

The public deficit, or gap between spending and revenues, amounted to 4.3 percent of national output last year, the data revealed, raising the stakes as Hollande considers changing key ministers after an election debacle.

The deficit figure from the national statistics office marked a sharp reduction from 4.9 percent in 2012 but was clearly above the government's target of 4.1 percent.

This means that the government faces a huge task, in economic and political terms, in meeting its commitment to the European Union to reduce the deficit to less than 3.0 percent of gross domestic product in 2015.

Hollande, handicapped by weak economic growth and the failure of a promise to stop unemployment rising, suffered a huge setback on Sunday when his Socialist party did exceptionally badly in local elections, and the far-right National Front did well.

France has won extra time from the European Commission to correct its badly over-stretched public finances on condition it enacts big reforms.

France is the Euro zone's second-biggest economy, and its finances are closely watched by the EU, the European Central Bank, Germany — the zone's biggest economy — and financial markets where France borrows.

The government is making little progress in enacting radical reforms to cut spending and raise business competitiveness, as have several other EU countries.

France has a big trade deficit compared to a huge surplus by Germany, and there is now broad agreement that taxes, and notably charges on businesses, are too high.

Other official data on Monday showed that business profitability, already among the lowest in Europe, fell last year and crimped investment.

The central bank said this month that industrial activity was picking up and forecast growth of 0.2 percent in the first quarter, after growth of 0.3 percent for the whole of 2013.

But in February the number of unemployed people rose by 0.9 percent to a record 3.34 million.

The administration which Hollande oversees is in coalition with the Green party.

Some of the most left-wing elements among his backers want the government to back-peddle on a recent change of policy direction involving a "Responsibility Pact" to reduce social charges on businesses, paid for by spending cuts of 50 billion euros ($69 billion) over three years.

The leader of the Green senators, Jean-Vincent Place, called on Monday for "an end to the Responsibility Pact", which "will not be voted by the majority". The latest data from the INSEE statistics office showed that the public debt, or accumulated deficits over many years, amounted to 93.5 percent of GDP.

That compared with 90.6 percent the previous year, but the government had estimated it would be 93.4 percent.

The deficit figure means that excluding any spending cuts tied to reducing business charges, the government would have to find 25.0 billion euros over two years just to reach the EU target.

Finance Minister Pierre Moscovici assured in a statement that "the correction of public finances, under way since 2012, is continuing in a gradually improving economic context." The improvement was "regular and significant", he said.

In 2013, public spending accounted for 57.1 percent of national output, compared with a government target of 56.9 percent.

At Berenberg bank in London, economist Holger Schmieding commented "Hollande looks set to reshuffle his government soon" and that after upcoming European Parliament elections "he will likely outline some expenditure cuts to finance some job-friendly tax cuts for French businesses."

The changes were likely to be "modest", but the "risk of a financial crisis also looks small", he said. France would trail behind its neighbours "until the political elite bites the bullet of thorough reforms". 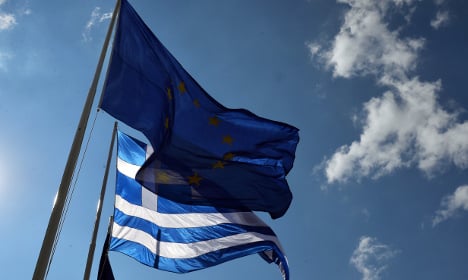 EUROPEAN UNION
Germany and France hopeful for deal over Greece 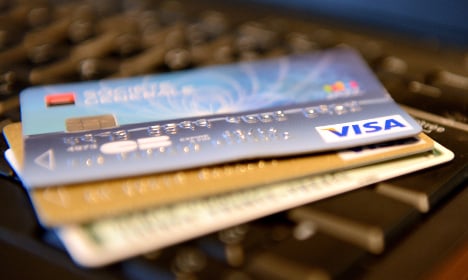 ECONOMY
France runs out of cash until end of the year
Url copied to clipboard!