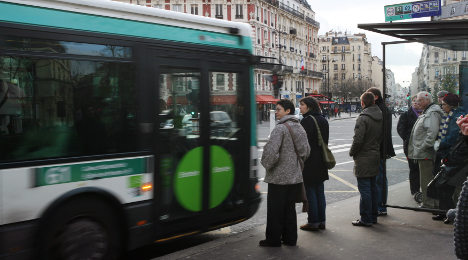 Paris transport authority RATP issued the instruction after 23-year-old Romanian charity worker named Cosmin lodged a complaint after being refused permission to board a bus by the driver in January, Europe1 reported on Wednesday.

Cosmin, who works for the charity Les Enfants du Canal (Children of the Canal) in Paris and has lived in France for 10 years, claims he was not allowed to board the 213 bus, simply because of his Roma origins.

According to Cosmin the bus driver told him “Romanians go on foot, not by bus.”

When the young passenger showed the driver he had a valid pass for the bus, the driver reportedly responded: “I don’t care if you have two passes, you are not getting on my bus,” before allegedly calling Romanians “dogs”.

Cosmin reported the incident to police and filed a complaint for racial discrimination. The French watchdog Defenseur des Droits (Defender of Rights) has also taken up his cause and launched an investigation.

According to Cosmin, who previously lived in slum outside Paris, Roma people are regularly refused travel on buses in the capital. Francois Loret from the Romeurope charity told French media that she has witnessed similar scenes.

Cosmin’s complaint has sparked an internal investigation at RATP, who were forced to issue a reminder to all drivers that they cannot bar anyone from boarding a bus if they have a valid pass.

“It is very difficult to know if these events occurred on this line,” RATP said in a statement. “If they occurred then they would be contrary to the values and ethics of the company and the rules,” said the statement.

RATP stressed that their ongoing inquiry will be “totally transparent”.