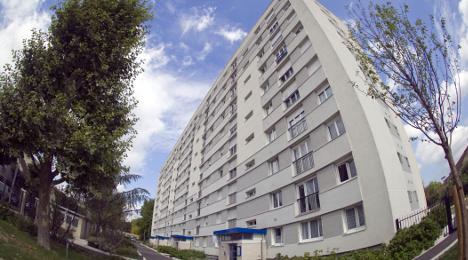 Four "wild children" were locked in an apartment since birth. Photo: Lionel Bonaventure/AFP

The four children were found by social services locked in the room of their apartment in the northern Paris suburb of La Corneuve.

According to French radio station RTL, which broke the story, initial enquiries by authorities have led them to believe that the four children, age two months, two years, five and six, have never left the apartment since they were born.

“These are wild children, who have developed on their accord,” one source close to the investigation told BFM TV.

“Inquiries suggest they never went out, or at least very little. Their neighbours did not know of them,” the source added.

They have never been to school, never been seen by a doctor, and the two eldest can barely walk or talk.

They were extremely malnourished and were sleeping on mattresses on the floor of the same room. One source told BFM TV there was no evidence in the rest of  the apartment that any children lived there.

The shocking discovery was made last month, only after the 27-year-old mother took the two-month-old baby to visit the hospital. The new born’s poor state of health aroused the suspicions of staff, who alerted social services.

According to reports the father, aged 33, and the mother were both unemployed, but received benefits for the children. A source told RTL that they were “entirely aware” of the situation they were living in.

Preliminary reports said there was no evidence that the children had been beaten or sexually abused.

This is not the only story of child mistreatment that has left France shocked in recent months.

In October The Local reported on the story of the baby who was kept in the car boot by her mother. The new born was only discovered after she took her car into the mechanics to get a check up.

As details emerged about the baby’s horrific existence, it was described as “defying belief".