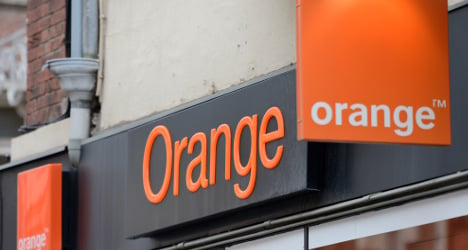 French telecoms giant Orange has been hit by a spate of suicides since the start of 2014. Photo: Denis Charlet/AFP

Ten employees of French telecoms company Orange have committed suicide since the beginning of the year, nearly as many as the whole of 2013, an organization that monitors work conditions said on Tuesday.

Labelling it a "serious alert", the Observatory for Stress and Forced Mobility said the majority of these suicides were "explicitly related to work".

Orange is now the name for what used to be known as France Telecom, a huge telecommunications firm that was hit by a wave of suicides.

The wave was at its strongest between 2008 and 2009, when 35 employees took their lives, prompting then boss Didier Lombard to step down.

The deaths triggered questions about stress and management.

The company had also been privatized in 2004, leading to major restructuring and the loss of scores of jobs.

According to the observatory, there were 11 suicides in the group – which changed its name to Orange two years ago – in 2013.

Management at Orange, which employs around 100,000 people, acknowledged on Tuesday that there had been "several suicides" since the beginning of the year.

"Each of these acts… involves different contexts. But these situations remind us to be vigilant," the company told AFP.

The group's mediator is due to meet employee representatives on Friday over the issue.

"Within one year, the situation has deteriorated," they had said in a statement, pointing to planned job losses and inadequate recruitment.

Figures released last year showed that France has one of Europe's highest suicide rates with an average of 21 men and eight women taking their own lives everyday and around 700 attempting it.

Those numbers put France well above the European average.

Jean-Claude Delgenes, the director of Technologia, a company which works with highlighting safety concerns for workers, told The Local that the reason for the high suicide rate can be explained by France's Catholic traditions and a lack of emphasis in dealing with mental health problems.

ANALYSIS: Why France has such a high rate of suicides