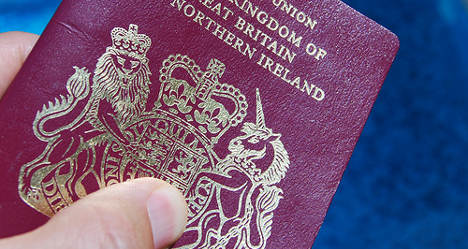 Prices for British passports for expats have been slashed. Photo: Flickr

An unpopular decision to close the UK's former passport processing centre at the British Consulate in Paris has proved to have had some benefit after all.

The fees for a UK passport for British citizens applying from overseas countries, including France, will fall by 35 percent from April, the British government announced this week.

James Brokenshire, Immigration and Security Minister, said that from April 7th the passport fee for customers applying for a UK passport from overseas will be reduced by £45 for adults and £28.50 for children.

The changes will see 32-page adult passports costing £83 while passports for children will cost £53.

“This reduction comes as a result of efficiency savings made over the last 3 years by bringing back the processing and issuing of overseas passports to the UK, whilst maintaining the highest levels of security and customer service," Brokenshire said.

The larger 48-page passports will cost £91 for adults and children.

The decision to close the passport office in Paris led to legal action being taken against the British Embassy by several aggrieved former members of staff, who were made redundant.

The employees, who held both temporary (CDD) and permanent (CDI) contracts claim that under French law the British Embassy had a duty to offer them any subsequent vacancies that arose in other departments but say they were ignored, as external candidates continued to be hired.

For new or replacement passports, go to the Overseas British passport applications page on www.GOV.UK where you can make an overseas application.

You need to apply and pay online and send your supporting documents direct to the UK. The turnaround time is four to six weeks, and applications

are accepted up to nine months before the expiry of your current passport.