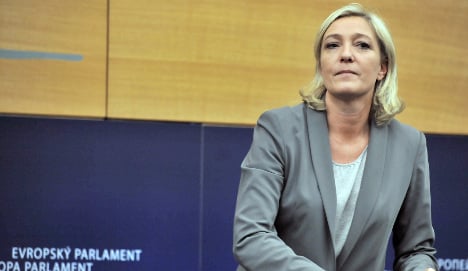 Socialist President Francois Hollande's popularity has plummeted to record lows but the right-wing opposition party of his predecessor Nicolas Sarkozy has been unable to take advantage amid a string of scandals.

Le Pen predicted a major FN foray in this month's local polls, which pollsters and analysts have also forecast, would lead to more electoral victories and eventually shatter the bipolar order of French politics.

"This (municipal) election is the first in a series which must drive us — I sense that profoundly — to Marine Le Pen's election victory in 2017," the 85-year-old said, addressing a crowd of supporters in the southwestern city of Toulouse.

He spent much of the rest of his speech vilifying the European Union and blaming France's economic woes on immigrants.

He has sparked outrage by calling for HIV carriers to be put into forced isolation, attacking France's World Cup winning football team for not being white enough, or, most notoriously, describing the Nazi gas chambers as a "minor detail" in the history of World War II.

But his 45-year-old daughter has started to revamp the FN since taking over the leadership in 2011, attempting to broaden the appeal of a party whose image has long been linked to the personality of Le Pen senior.

Under her leadership, the FN has expelled overtly racist activists and selected a number of ethnic minority candidates for local elections, changes which critics have described as pure window-dressing.