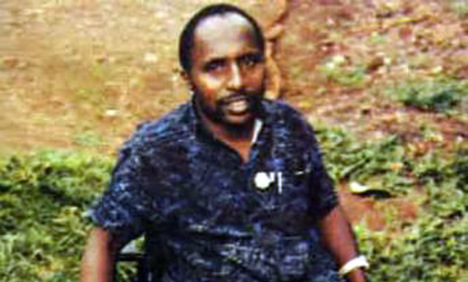 Pascal Simbikangwa, a 54-year-old former member of the Rwandan presidential guard, was found guilty of perpetrating genocide and of complicity in crimes against humanity.

Prosecutors in the trial — the first of its kind in France — have asked for life imprisonment for Simbikangwa, branding him an ethnic "cleanser" who was "radically committed" to his work and a "man capable of the worst".

The defence had requested he be acquitted, saying the trial was politically motivated and describing witnesses as unreliable and guided by spite, indoctrination or fear.

The defendant himself, who denied all charges against him, took the stand one last time on Friday morning, calling on the court to recognise his "innocence".

"In a few moments you will be alone with your conscience, you are called upon to decide my fate," he told the jury.

"To all Tutsi victims, I am thinking of them. Sorry for the weaknesses of my condition that did not allow me to help you like I would have wanted to," he said.

The jury then retired to deliberate their verdict on events that took place two decades ago in the small central African country, some 6,000 kilometres (3,700 miles) away.

The trial was being closely watched in France, which has long been accused of failing to rein in the Rwandan regime at the time of the genocide between April and July 1994 that left 800,000 dead.

And in a rare case for France, it is being filmed, with recordings due to be available once the case is concluded.

Simbikangwa, who is in a wheelchair after a 1986 car accident left him paraplegic, was accused of inciting, organizing and aiding massacres during the genocide, particularly by supplying arms and instructions to Hutu militia who were manning road blocks and killing Tutsi men, women and children.

He was arrested in 2008 on the French Indian Ocean island of Mayotte, after which Paris refused to extradite him to Rwanda and decided to try him under laws that allow French courts to consider cases of genocide. Over the past six weeks of trial Simbikangwa systematically minimized his role and his understanding of the massacres that were committed in 1994.

To general amazement, he said on the third day of trial that he had never seen a single corpse during the genocide, unleashed mainly on the minority Tutsi community after Hutu president Juvenal Habyarimana was assassinated on April 6th, 1994.

Pressed on the subject, he responded that his disability forced him to "lie down a bit" when he went out in cars.

Lawyers for the former army captain have sought to discredit witnesses, saying some had been coerced or that they were prisoners hoping to win shorter sentences.

They have also said that they did not have the means to properly defend Simbikangwa and had not even been able to visit Rwanda to verify prosecution evidence.

And the defendant was found to have saved a certain number of Tutsis.

But witnesses — even those he saved — have painted a picture of a man who was closely involved in the genocide, playing a lead role in checkpoints that identified Tutsis, stockpiling weapons at his home and distributing them.

Prosecutor Bruno Sturlese had asked the jury to declare him guilty of genocide, and not only of complicity.

"We will ask ourselves the question of whether or not we will appeal," said defence attorney Fabrice Epstein, denouncing what he called a "political trial".