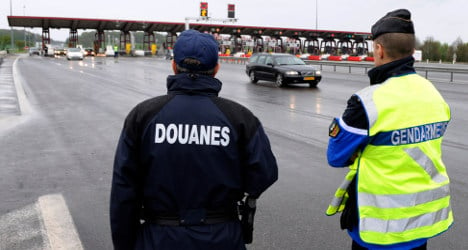 A woman was kidnapped from her home for a forced abortion. Photo: Jean-Christopher Verhaegen

The 31-year-old woman was snatched from her home in south-eastern city of Grenoble by her boyfriend and his siblings on Tuesday night, French newspaper Daphiné Liberé reported.

They forced her into a car and then set off for a 630-kilometre drive to an abortion clinic in Spain, where they intended to have her five and a half months pregnancy terminated.

Luckily the pregnant woman’s mother was able to raise the alarm and tell police that her daughter had just been kidnapped. French police sent out an alert urging officers along the route to the Spanish border to be on the look-out for the two cars, he kidnappers andthe victim were travelling in.

But it was only when the kidnappers stopped to buy petrol at a roadside service station that the panicked victim was able to send out an alert. The kidnapped woman managed to use her mobile phone to contact her family during the stop and provided a description of the car she was riding in.

This information was broadcast to all officers in the area and led to a team of border police near the city of Perpignan, in south western France, spotting the car. They group were pulled over just a few kilometres short of the Spanish border.

The 28-year-old boyfriend, his 34-year-old sister and 25-year-old brother were charged with kidnapping and were being held in jail, according to media reports on Friday. According to France 3 Television the three accused all deny the charges against them.

Police provided few details about what pushed the boyfriend to allegedly carry out the crime, but it appears his family was against the pregnancy and had put him under enormous pressure to end it.