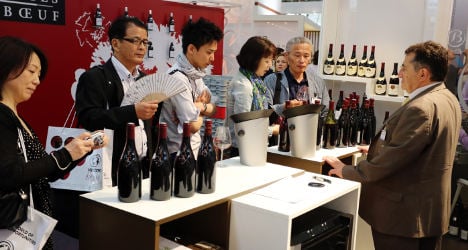 Sales of Bordeaux wines slid by 1.4 percent last year, with exports dropping by 6 percent as Chinese drinkers cut their purchases by nearly a fifth, winemakers said on Thursday.

While the volume of wine from the southwestern French region sold edged up 0.3 percent to 557 million litres, or 742 million bottles, by value it slipped 1.4 percent to €4.24 billion ($5.9 billion), the CIVB association of Bordeaux winemakers said.

CIVB president Bernard Farges blamed the slump in exports on "the slowdown in China which has had exponential growth since 2005".

Sales in China fell 16 percent by volume and 18 percent by value, a drop of about €60 million. China and Hong Kong together account a quarter of Bordeaux's exports.

A crackdown on corruption by China's new leadership has hit sales of Western luxury goods as lavish gifts were often used to curry favour with officials.