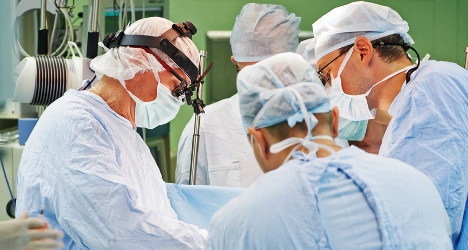 The patient, who has not been identified, had been admitted to the Accident and Emergency department of the l'Hôtel-Dieu hospital in Creusot, in the region of Burgundy at the end of February, complaining of severe abdominal pain, Europe 1 radio reported.

Doctors decided to operate after an X-ray showed a blockage in the man's intestines.

It was only when the patient was on the operating table that the stunned surgeon discovered the cause of his discomfort. The patient had ingested six bags of cocaine, each containing 100g.

Before the patient awoke hospital staff immediately alerted police who then questioned the patient.

The man, who was still being treated at the hospital on Tuesday, admitted to ingesting the drugs on a recent trip to South America, with intent to smuggle it illegally into France.