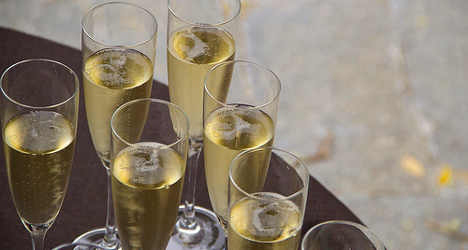 Prosecco, which is produced in vineyards that make up a valley north of Venice, outsold champagne in 2013 by 307 million bottles to 304, according to figures released on Friday by OVSE, the Italian wine observatory.

Worldwide revenue from the drink was up 16 percent, while volume increased by 11.5 percent.

of Prosecco have been rising steadily in recent years as the credit crunch knocked the bubbles out of the pricier Champagne. A record 339 million bottles of champagne were sold in 2007 before the financial crisis gripped the market a year later.

Prosecco has become the tipple of choice across the world, particularly in the US and UK, where sales have been booming over the last few years, particularly during the festive period.

The sparkling wine is usually made from Glera grapes and was the original wine used in the Bellini (sparkling wine and peach puree) cocktail.

In 2009, it was accredited with the DOGC (controlled designation of origin) quality assurance label.