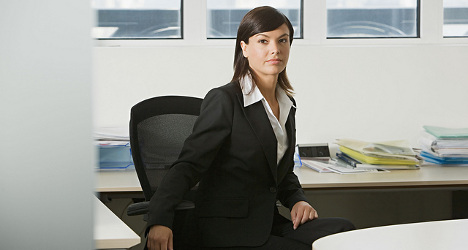 Just days before International Women's Day, new figures show that on average, French women in a relationship earn a staggering 42 percent less than their male partners, an imbalance that equality groups say stems from legal and cultural issues.

The INSEE study also revealed that on the whole three out of four women bring home less than their partners.

The gap was most pronounced in married couples. Married women, on average, brought in just 34 percent of family income as opposed to women in cohabiting couples who contributed about 41 percent to the household’s coffers.

An expert on inequality in France told The Local the problem stems from cultural barriers as well as misguided governmental policies, in particular one that doled out subsidies in the 1980s and 1990s to create part-time jobs for women.

"Four part-time jobs out of five are filled by women in France," Noam Leandri, the president of the Observatoire des Inégalités, told The Local. "The idea, originally, was to allow more women to work, but later on the government realized it locked women into part-time work."

This kind of gap however, is nothing new, with years worth of data illustrating the discrepancy.

Last year, INSEE released a study showing women working in the public sector in France can expect to earn about 13 percent less than their male counterparts. While the disparity was even wider – 20 percent – in the private industry.

Equality laws brought in over the years haven't been of much help either in promoting income equality. For example, until 1946 France had a ten percent tax that applied only to income earned by women.

In 1972 a law mandating equal pay in France was brought in, but it is rarely enforced. Though a recent change to the law has made it easier to sanction companies that don’t follow the rules.

The difference in pay is also explained by higher numbers of women working part time as well higher numbers of female workers in lower paid industries like health care or retail sales. Despite these factors women are still paid 20 percent less than men in the same job, Leandri says.

France has targeted this gap by proposing a sweeping set of new laws that would attack male and female inequality from numerous fronts. In addition to rules that would allow for men to take more time off to help with the raising of children, the bill also proposes making it mandatory for women to sit on the boards of some major companies.

The willingness among French lawmakers to consider the bill comes as there are signs of a more equal France for men and women. The INSEE study found that between 2002 and 2011 the income gap in couples shrank, due to larger earnings for women.

Leandri said it's important make note of the gains women have made.

"Salary inequality remains a problem, but I think that if we looked 30 years into the past we would not have found a quarter of women who made more than their husbands," Leandri said. "Instead of highlighting the three quarters who make less than their husbands, we should take notice of those who do."

It is also worth noting that for the 44 percent of couples where both partners worked full time, the income gap was less pronounced with 56 percent of men earning more than their partners.