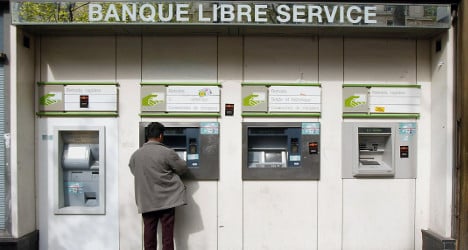 Managers at five banks in the western French city of Brest came to work this week to find that someone had tried to make a rather foul deposit.

In total 17 machines had their cash slots force fed fecal matter by a 53-year-old suspect who told police after his arrest on Wednesday that he’d done it as a protest against ‘The System,’ French paper Le Télégramme reported.

The suspect is due in court later this spring on vandalism charges.

Police said he’d been collecting faeces for a couple days, though they didn’t specify the source, before he scooped it into the machines with a spatula. Apparently the whole episode was caught on surveillance cameras, which allowed police to identify the suspect.

The poo protest was apparently not his first attack against the ‘The System’. The suspect has also charged with spraying computers at a French post office with urine.

A protest in the same vein, though on much larger scale, came last month when someone dumped a truck load of dung in front of the French parliament with a slogan calling for President François Hollande to resign.