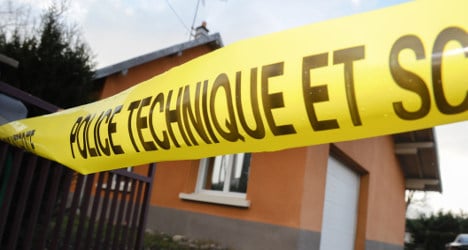 French mum faces charges after her dead baby was found in a freezer this week after two years. Photo: Sebastian Bozon/AFP

Police were at the home of a 27-year-old French woman on Saturday in the northern French city of Lisbourg for an unrelated reason when her boyfriend told officers about the macabre secret in the freezer.

After finding the baby’s frozen corpse, the mother told officers that the child had been born alive at home, but died a few days later for reasons that remain unclear, prosecutor Jean-Pierre Roy told French daily Le Parisien.

She hid the body of the newborn in the freezer, where it remained for two years.

The circumstances of the baby’s death "are unclear but there is really no evidence to suspect an intention to kill the child,” Roy said.

Late on Monday the mother was indicted on charges of causing death through lack of care. She is currently under judicial supervision.

Many questions remain unanswered about the baby, including its age and how long it had lived for.

Police believe the woman and her 29-year-old boyfriend had “recently” got together, though they didn’t offer further detail. The couple were living together in the home, which he owns, where the baby was discovered.

The boyfriend is apparently not the biological father of the child, yet he still faces charges for not reporting the existence of the dead baby to police. Prosecutors said he knew of the corpse in the freezer for a “couple weeks.”

So far the mother has given conflicting statements when explaining how the baby ended up in the freezer.

"It's a little difficult to get the facts from the mother ," who is "a little bit lost ," the prosecutor told Le Parisien.

The case is also troubling because the couple have a combined total four other children between them, who range in age from four months to seven years old. Police said the mother has two kids, the boyfriend has one and they have one child in common.

However, the mother’s children were with their father at the time police found the body, so they won’t have to be placed into foster care.

This is not the only recent case of a French mother being charged over the death of newborn babies found in a freezer.

Indeed there have been a number of cases in recent years, which have been linked to extreme cases of "pregnancy denial".

In March last year The Local reported how a 32-year-old mum admitted drowning two of her newborn babies that were found in the freezer of her home in eastern France.

And in November 2012 a three-month-old boy and a five-year-old girl found dead in a refrigerator and freezer in Vienne. Their mother was also found dead and the father had apparently fled to Tunisia.

In December 2011 a 34-year-old woman was charged with murder after her daughter found the body of a new-born boy in the freezer of their apartment in Vichy.

Perhaps the most disturbing story in recent times in France was the case of a mother keeping her baby in the boot of their car for 15 months.

The baby was only discovered when she was forced to take her car in for repairs and mechanics found the dehydrated girl in the boot.