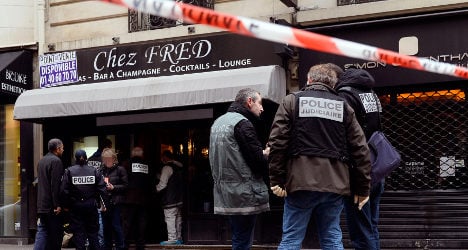 Police chiefs at Paris's Préfecture de Police reclassified crimes or made them disappear completely from their records over the past ten years, according to a government report released on Monday.

In 2011 as many as 16,000 criminal acts reported to police were wiped from the books, the report revealed.

According to excerpts from a report by government auditors at the Inspection Générale de l'Administration, police authorities have been doing things like reclassifying burglaries as vandalism or pushing the reporting of a crime to the month after it happened in order to artificially lower crime numbers.

The auditors found that the system exploded in 2008, the year after former President Nicolas Sarkozy was elected to the country’s top office. At that time concern over a rise in crime in France was one of the key election issues.

In a statement to the press on Monday the Prefecture de Police confirmed the audit results and claimed it is working to fix the systematic effort to fake its crime data.

“The auditor’s report confirms that the Précture de Police has given clear instructions to fix all of these practices,” the statement said.

“The report also notes it's difficult to change these practices, which operated on a large scale over several years, have completely destabilized the agency’s statistical tools as well as the men and women who operate them."

During some of the most pronounced years of book cooking, the Préfecture was headed by Michel Gaudin, an ally of Sarkozy. Before becoming president Sarkozy served as France's Minister of Interior, which made him France's 'top cop,' and forged strong links with the law enforcement community.

This audit echoes a similar report IGA published in July 2013, which showed 130,000 criminal acts were deleted between 2007-2012 from police records across the country. IGA attributed these "anomalies" to Sarkozy's crime stat policy.

Monday's report brings into question the crime data released by police last month, which showed burglaries had jumped significantly in rural areas, but not in cities.

The rise in theft and burglary in 2013 was lower than the previous year’s increase, which French authorities tied to organized criminal networks from Eastern Europe. The trend has prompted France’s Interior Minister Manuel Valls, to launch new efforts to combat the gangs.