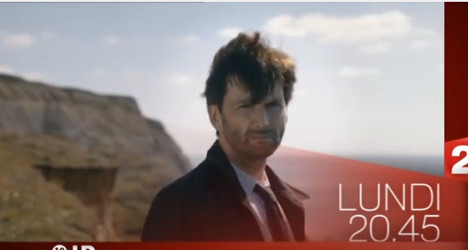 Broadchurch has proved such a hit in France that the French are to make their own version, it seems.Photo: Screengrab France 2 TV

Millions of French TV addicts will gather around screens across the country on Monday night to see the denouement of British TV crime drama Broadchurch, which has proved a huge success in France.

The crime series, starring David Tennant, which concerns the hunt for the murderer of a young boy, is expected to top ratings once again when France 2 TV airs the final two episodes of the series on Monday.

"In France one of the reasons for the success of Broadchurch is the British atmosphere in which we are submerged," wrote French daily Ouest-France. "It's like a Cluedo on the beach, with excellent performances from the likes of David Tennant."

Indeed the French have been so swept away by the drama that France Televisions are already planning to make their own version of the series, Le Parisien newspaper reported.

“An adaptation for France 2 TV is in the process of being written,” the production company Shine France told the newspaper. “Four authors are working on it and we have already found the director.”

The French version will be eight episodes long, according to Le Parisien.

France is following in the footsteps of the US, where TV chiefs have also announced plans to make an American version of the series, which will be called "Gracepoint".

Recently it has been French TV series that have successfully been exported across the Channel, with the zombie series The Returned (Les Revenants), being given rave reviews after being broadcast by Channel Four last year.