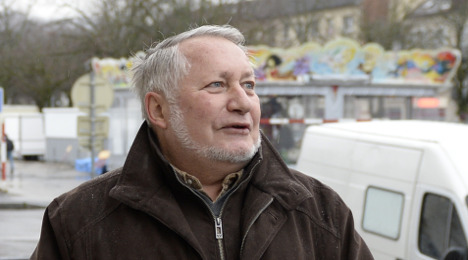 French priest Daniel Lagnien who is on trial for raping a vulnerable parishioner. Photo: Philippe Desmazes/AFP

Daniel Lagnien, 69, was accused of taking advantage of a 39-year-old woman described as psychologically frail with no sexual experience, in a case with the potential to inflict further damage on the reputation of the Roman Catholic clergy after years of sexual scandals.

The prosecution had alleged that Lagnien made advances to the 39-year-old virgin during a 2010 pilgrimage to a shrine in the French Alps.

Several days later, she went to the priest's home in Moirans-en-Montagne, Jura seeking an explanation of his behaviour.

Instead, the prosecution said, she was taken into a bedroom and raped.

Lagnien said he had not forced his parishioner into sex, and believed that she had consented.

"In delivering this verdict, the court took the view that, on the evidence, it could not know what really happened in that room," said Lagnien's lawyers Randall Schwerdorffer and Samuel Esteve after the trial in the eastern district of Jura.

The result was "a great relief and a liberation" for Lagnien, they said.

Prosecutor Guillaume Michel had asked for the defendant to be sentenced to five years, three suspended.

He said there was "no doubt" that Lagnien was guilty of rape and that the psychologically and physically frail parishioner had not consented.

The prosecutor had also said that the defendant had changed his story, initially confessing while in police custody to rape, before later saying that he had not forced the woman into a sexual relationship.

The woman's lawyer Aurelie Degournay had said that she had been consistent in her claim that she was raped.

Key hearings in the court case took place behind closed doors at the request of the woman's lawyers.

The court heard that the woman's life revolved entirely around her faith and that she had been surprised by the priest's amorous advances during the June 2010 pilgrimage.

Since the priest was charged with rape, the woman has been left isolated in a village community in which the priest was a popular figure, judicial sources said. "There are some who are now calling her the priest's tart," one said.

Schwerdorffer said before the verdict his client had repeatedly apologised to the woman.

"This is about two sexually inexperienced individuals who did not have the same expectations. They met and had an unsatisfactory relationship, intellectually and physically, and they do not see it the same way," the lawyer said.

The priest has acknowledged having sexual relations with women during a spell spent working in New Caledonia, a French overseas territory in the South Pacific.