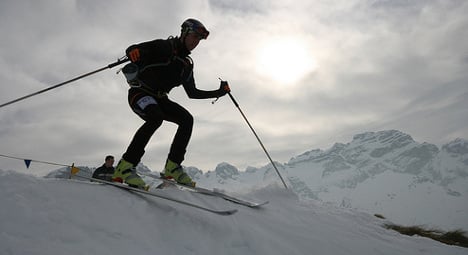 A British skier died in the French Alps on Tuesday after falling 600 metres to his death. Photo: CoppaDellaDolomite/flickr

A Scottish holiday-maker died on Tuesday after plunging 600 metres (1,970 feet) while skiing in the French Alps, mountain rescue officials said.

"He passed through a ledge of snow and fell 600 metres on the north face," a rescue worker said.

His fellow skier, another Scotsman also aged about 30, avoided the fall and was unharmed.

Police had opened an investigation to determine the cause of the accident.

THe map below shows the area of the French Alps where the accident occured. The letter A marks Mont Buet. At the weekend two skiers including a teenager died in the Pyrenees in separate skiing accidents.

Earlier this month The Local Switzerland reported how two British skiers died in a matter of days in the Swiss Alps, including a 65-year-old man in the canton of Valais.