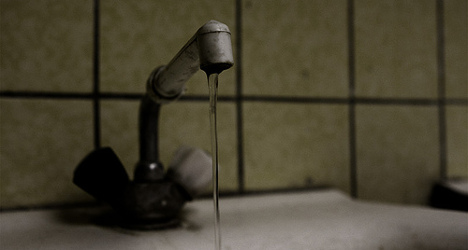 Are you happy with the quality of your tap water in France? If you live in a rural area, the chances are you might not be.

A new report has revealed around 1.48 million people in France are guzzling down polluted drinking water from taps. Most of those affected live mainly in the French countryside.

The study by consumer watchdog UFC-Que Chosir, revealed that the by products of agriculture are the main cause of the contaminated ground water being consumed.

According to the study most substandard water in France is loaded with pesticides and nitrates from fertilizer and livestock manure. That is the case in 63 percent of instances where homes receive polluted water – which represents around 900, 000 people.

However pesticides and nitrates are not the only substances polluting French water.

While eastern and southern France were both home to many areas of poor water quality, the areas are most affected the agricultural regions that ring Paris. Those areas were marked as the worst because 20 percent or more of their populations are drinking contaminated water.

The quality gap between cities and rural areas was and growing, the study found.

While the amount of contamination has fallen 35 percent since 2012 in towns with more than 5,000 people, it grew by eight percent in villages with fewer than 500 residents.

(The map below shows the areas most likely to have polluted tap water. The areas shaded dark green are where more than 20 percent of the population are drinking contaminated water) In an unfortunate coincidence, northern French town Berck, whose name translates as 'yuck' in English, had some of the most polluted tap water in France.

A string of ten Brittany towns, including Brandivy, Cruguel and Grand-Champ, wound up on the group's black list due to radioactivity contamination, French paper Le Télégramme reported.

CLICK HERE for an interactive map to see if you are drinking polluted tap water in your area.

But thankfully the vast majority of French people are drinking clean water the study concluded.

According to the six criteria used to evaluate water such as bacteria content, 98 percent of people living in France have good quality tap water. That figure has increased by 280,000 people since the last study in 2012.

UFC-Que Choisir based it’s rating on water quality data that French Ministry of Health publishes every two years on every town and city in France.

The treatment schemes and infrastructure are also major causes of polluted drinking water. About 500,000 people, mostly in rural areas, are served by outdated networks or a lack of oversight.

Interestingly, natural radioactivity accounted for about four percent of the cases of polluted tap water in rural France.