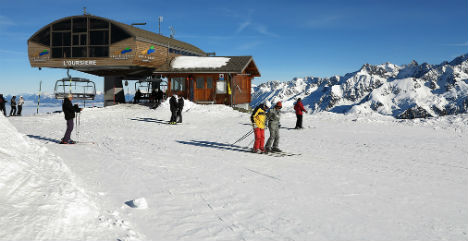 People skiing in a region close to Grenoble. Photo: Luqua/Flickr

Simon Butler, who operates a tour company in Megeve near Mont Blanc, was arrested on Tuesday along with two of his instructors, prosecutor Pierre-Yves Michau said. They were released on Wednesday but are due to appear in court on April 7 to face charges of operating as unlicensed instructors.

Butler is also facing charges of failing to declare foreign employees in France.

So-called "ski hosts" — British guides who show guests around slopes and local facilities — are a popular service among the thousands of Britons who ski in France every year. But several such operations have been fined, with French authorities insisting they must obtain local licenses.

"He says he will continue, that he will not conform with what we are asking," he said.

Butler's lawyer, Philippe Planes, said his client had the right to operate under his British license in France under European and international laws.

"Mr. Butler is not a criminal but is being treated as one," Planes said, adding that Butler had filed a complaint with the European Commission accusing France of discrimination and restricting his freedom of movement.

Piste wars: 'It's one rule for the French and one for foreigners'