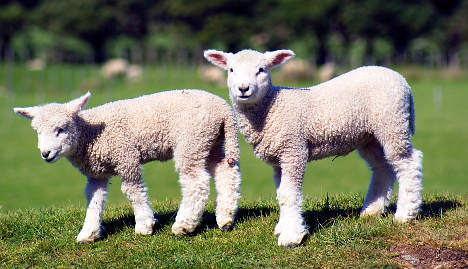 There are not the lambs mentioned in the article. File photo: Andrew Petrie

Police are investigating the case of extreme animal cruelty after the sheep were found clubbed to death with an object that was most likely a shovel, a stick or a baseball bat, newspaper Le Dauphine reports.

The farmer's children made the grisly find on Sunday morning on a remote farm on the outskirts of Orange in south-eastern France. They opened the door of the barn to find the animals lying in pools of blood..

"My animals were beaten to death. It's carnage. It's an unspeakable act," the farmer told Le Dauphine.

Police refused to comment at this early stage of the investigation and refused to be drawn on whether the slaughter might have been an act of revenge or simply a gratuitous act of ultra-violence.

The farmer estimated that the loss of his animals had cost him around €4,000, "and that's without counting the ewes that were about to lamb."

The farmer is still awaiting the results of tests carried out on the dead animals to learn more about how exactly the had died, the newspaper said.