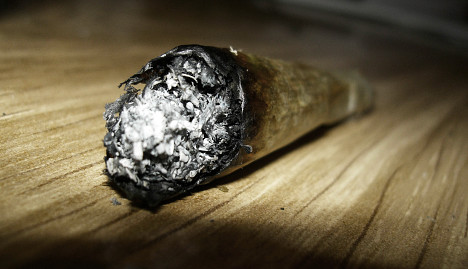 A team of 20 researchers at the university hospital in the northern French city of  Nancy has been inundated with applications since putting out a call for pot smokers interested in furthering the cause of science.

With more than 300 candidates applying to take part in the study, the researchers have more than filled the necessary quota of tokers who have smoked at least seven joints a week over the past year.

Though simply possessing a joint can land a smoker in jail, France has a flourishing marijuana culture. The country recently won the dubious distinction, with 39 percent of  its 15 and 16 year olds saying they had tried the drug, as being Europe's youth pot smoking capital.

The main aim of the study is to examine how cannabis affects vision.

"Several research teams have recently put forward the hypothesis that large-scale consumption of cannabis during adolescence might modify communication systems between neurons that are particularly linked to human vision," the researchers write.

"This question is important since vision is often a very early indicator of anomalies in brain function," they add.

Volunteers will devote two half days to the project. During this this time they will fill out a questionnaire, leave a urine sample, take memory tests and eye tests, and wear a cap that measures brain activity.

"We want to see what happens in the first milliseconds of brain reaction," said Dr Laprévote in a statement.

"Our hypothesis is that there's a spatial and temporal distinction in the perception of a signal and that the visual system's capacity is damaged by the use of cannabis. If this is verified, we will have found an indication of the risks of cannabis consumption and will be better able to detect and advise consumers," he added.

This research could come in handy if a France's first law ever law to legalize marijuana for recreational use gets anywhere with lawmakers. The bill would allow the government to sell the drug from tightly regulated stores, but only to adults.

While it is well established that long-term intense cannabis use affects memory, attention and problem-solving capabilites, the researchers say its impact on senses such as sight is less well known.