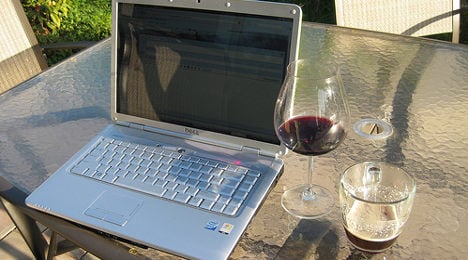 For some working as a freelancer in France is their preferred career choice. There’s no rigid 9 to 5 hours, no everyday commute on the Metro, no being told what to do by a boss and a chance to spend more time with the kids.

But for others it’s often the only way to start out in France with the chances of securing a permanent job (CDI) often limited, especially for someone whose French language ability is not quite up to scratch.

But getting going is not always as straightforward as it might seem.

“The reality of working as a freelancer is far from the romantic image of people sitting outside a café, knocking out a 5,000-word article, sending it off, and taking the money. For a start the cafés are too expensive in France,” freelance writer and journalist James Harrington, who is based in south-western France, tells The Local.

But there is work out there for freelancers, and to help you get to a point when you can relax and spare a bit of money to sit in a café, The Local has come up with ten tips to follow based on the advice of successful freelancers.

1. Do the paperwork early

“Everyone knows the bureaucracy in France is a nightmare so just accept it and get on with it,” says James Harrington a freelance journalist and writer. He says the key is not to let the paperwork become a big issue, so that means dealing with it as soon as it appears. That means declaring your taxes in May and paying them when the bill arrives in September. Or…

“Go the extra mile and do things like setting up your tax payments to pay monthly. Do it early in the process,” he said. Harrington also advises freelancers not to be scared of the bureaucrats. “They have the reputation of being cold and frosty but it’s not true. Every time they tell you to do something, just do it,” he said.

Many freelancers start out in France on the country’s auto-entrepreneur scheme, for self employed people, which writer and translator Céline Foggie says is a good way to begin. Foggie, who lives near Lyon said it’s wise to take the next step and join a worker’s cooperative, known in France as a SCOP (LINK) (Société Cooperative et Participative) which help the self-employed start up their own businesses.

“I pay ten percent of my earnings to the cooperative but for that they do all my accounting. They also go after clients who don’t pay. They also send me payslips and issue me a permanent contract which really helps when it comes to things like finding a flat,” Foggie says. “They also give me advice and talk about my business and they have their own networks, which helps. When it comes to choosing a cooperative its worth asking around and doing you research.”

Starting out as a freelancer requires you to send out dozens of emails and make dozens of phone calls, but it’s important to get the tone of your communication right, which in France basically means as formal and polite as possible. “You need to understand from the start how the French work. Initial business contact is very formal. Using the appropriate language is important especially in emails, so steer away from any slang obviously.”

The hardest thing about being a freelancer is getting your name out to potential clients. Sending CVs and making phone calls is one thing but it’s also important to network and not just in professional circles. “I joined a group for Anglo mothers in Lyon and these types of groups are full of people who can bring you work in,” Céline Foggie says. “Friends will often think about you when they about someone looking for a translator.”

If you are stuck in a remote part of rural France, physical networking may be difficult so make sure you get on social media and start meeting people. Apart from the obvious Facebook and LinkedIn, Paris-based freelancer Barbara Diggs recommends Google+ and Skype for keeping in contact with clients abroad.

“Skype is everything. It's how I connected to work with people around the world on different projects, while working remotely from Paris.” If you can then she also recommends attending a “Tweet up” which is when a group of social networkers arrange to meet up. “The first press release I ever wrote was for someone starting a business making handbags, whom I met at a 'Tweet up'. After the event at the bar I made friends with a lot of the people there, and word spread.” 6. Gamble on which jobs to take

When you are offered a gig as a freelancer, it may sometimes seem like it’s not worth the hassle. But it’s important to remember that one job tends to lead to others, as long as you don’t make a mess of it, Harrington says. “If you are loyal to your clients they will be loyal back to you,” he adds.

You should also be prepared to exchange favours with other freelancers. “I helped a freelance photographer translate his website and in return he took professional photos of me for my website,” says Foggie.

7. Stretch out your talents

Remember your English language ability can count for a lot more than you think. If you are a translator, it’s worth promoting yourself as a writer and an interpreter, a web editor, or re-writer and journalist or even an English teacher. If you are flexible you can end up doing a lot more in France than you first thought.

If you can be Googled then your chances of picking up work will be much higher. So freelancers are advised to build a website and even better if they can create a French version of it, because most of your potential employers will want to read about you in their own language. “WordPress is the way to go. I will soon be switching mine over to one because it's great for rankings on Google no matter what you are trying to sell,” freelance writer Barbara Diggs tells The Local.

Although you won’t have a boss and there will be no meetings to sit through or arguments with colleagues you still need to act like you have an ordinary job in France. That's why it might be worth renting a space in an open office, alongside other freelancers. Although you might not have the nine-to-five hours, you will have to be disciplined to work morning, night and even weekends.

“The first thing is to research, read books and understand that it's a business,” says Diggs. “Don't waste time, get writing samples, write a blog, or volunteer your time to someone. You have to work past the fear because rejection happens all the time. If this is something you really want, power through.”

10. Be prepared for lean times

They will come says Harrington, so “make sure you put away some money to keep you tied over.” Remember if you are an auto-entrepreneur you will need to set aside money to pay your taxes and your social charges, which is normally done every three months.

When lean times do come around you need to be patient but it’s also time to start picking up the phone. “Call every contact you have ever made – even people you haven’t spoken to for a long time,” he says.

Has working as a freelancer in France worked out for you? 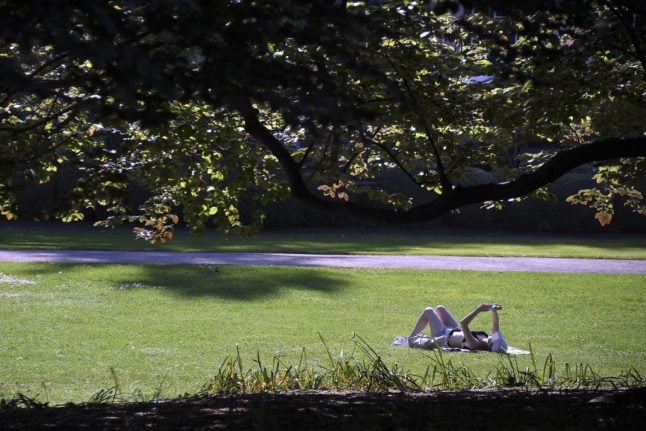