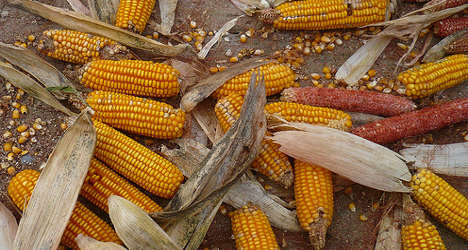 French senators narrowly shot down a government bill this week that would have banned farmers from growing GM corn in France just weeks before the start of early planting.

Ministers have refused to accept defeat, however, and promised to bring the ban back to the table later in Spring.

Ecology Minister Philippe Martin said on Tuesday a new bill will go before lawmakers in the National Assembly by mid-April at the latest "to ensure there is no GM corn in 2014".

Monday's Senate vote was the latest move in France's battle over GM corn.  It has already been banned twice in France before the government was forced to lift the embargo last year because it contradicted European regulations.

“It’s a minor delay…but it doesn’t make a dent in our determination to ban GM in France,” Martin told French newspaper La Dépêche.

GM crops, which have had their DNA altered to improve yield or tolerate pesticides, have increasingly been a source of controversy because of a lack of definitive science about potential health risks associated with their consumption.

The heart of the issue is a GM corn variety MON810 which is the only type the European Union permits to be grown within its borders.

Guy Kassler, a member of small-scale farming protection group Confédération Paysanne, who serves on the group's GM commission said the health and environmental risks are too significant to ignore.

"We support the law that was proposed in the Senate because the health and environmental risks are simply too significant to accept.

“There is scientific controversy over whether Genetically Modified Organisms (GMOs) are dangerous to the health of human beings. But we hold dear our responsibility to offer consumers food that is healthy. We are not prepared to take any health or environmental risks.

“As for the environment, it’s clear that GMOs provoke an increased use of herbicides and that is of course really bad. Fairly quickly weeds build up a resistance to the herbicides that are compatible with the GM plants.

“The first year of using GMOs generally shows a minor decrease in herbicide use and then it’s multiplied by two or four times. The herbicides end up in the water, the plants and the products that are made from the plants. We are not made to consume this stuff.

“With GMOs there are patents and if we reproduce a plant from a seed that contains the patented DNA then the plant belongs to the patent-holder and not the farmer. There are no cases of farmers being sued for this kind of thing in Europe, though there is in Canada and the United States.

“However, in France we had a case involving a medium-sized seed company near Lyon, that didn't involve a GM, but simply a patent won by a Dutch company for lettuce that is resistant to pests. The French seed company was already selling a similar type of lettuce and had nothing to do with the Dutch company, but they were forced to pay licensing fees in order to keep selling this type of lettuce."

Luc Esprit is the director of 70-year-old French corn grower’s group General Association of Corn Producers. He says it would be foolish to deprive farmers of a way to boost yield when France already allows GM produce.

"We are neither strictly for nor against GMOs, but more precisely if there are GM varieties that provide an economic advantage for farmers we should not ban them. The GM corn that exists today, MON810, allows farmer to fight against certain pests in certain French regions, and to increase their per hectare yield and achieve better results.

"In France we import GM corn and soy from the United States and Latin America. I don’t see why it should be OK for import but not for local production. French consumers are already eating it. Some of what is imported goes to feeding animals like cows and pigs and we in turn eat these animals.

"With this government as with the prior government, I think there was something of an agreement with ecologists. They agreed to leave the government alone on the topic of nuclear power in exchange for the government going after GMOs.

"In the United States GMOs are patented, but that’s not the case in Europe, our intellectual property laws are different here. In Europe a company like Monsanto does not have the legal right to sue a farmer who uses seeds that grow from a Monsanto seed. But it’s important to note that with the hybrid varieties of corn we use, you have to buy the seeds every year."

Have your say: Should France ban GM corn? 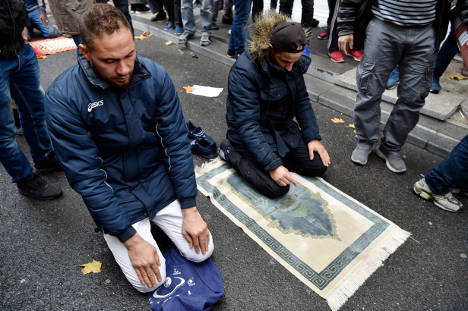