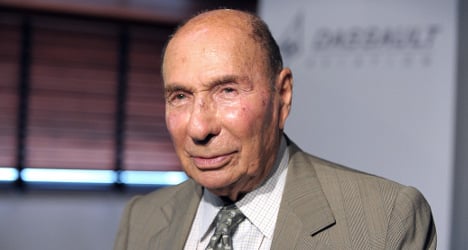 Serge Dassault was reportedly being held in custody on Wednesday. Photo: Eric Piedmont/AFP

French industrialist and senator Serge Dassault, the billionaire manufacturer of fighter jets, was in custody on Wednesday for alleged vote buying in his former fiefdom east of Paris.

The move comes a week after Dassault's parliamentary immunity was lifted. The 88-year-old is suspected of buying votes in Corbeil-Essonnes, east of Paris, where he was formerly mayor.

He has been accused of running the suburb like a mafia don. The veteran industrialist is being grilled in the western Paris suburb of Nanterre, a judicial source said.

Dassault is ranked by Forbes magazine as France's fourth-richest man and the 69th-richest in the world with an estimated fortune of €13 billion ($18 billion).

The judges suspect Dassault of operating an extensive system of vote buying which influenced the outcome of three mayoral elections in Corbeil in 2008, 2009 and 2010, which were won either by Dassault or by his successor and close associate Jean-Pierre Bechter.

The result of the 2008 vote, won by Dassault, was invalidated by the Council of State after the body which oversees public administration discovered a series of payments which could have influenced the outcome of the election.

That ruling did not require the same burden of proof as a criminal prosecution for vote buying would, but formal charges against Dassault now look inevitable.

Bechter has already been charged, as has Cristela de Oliveira, a former official in the mayor's office who is suspected of allocating council flats to families in return for backing Dassault or Bechter.

Dassault heads the Dassault Group, which owns the country's main conservative newspaper Le Figaro, and holds a majority stake in Dassault Aviation which makes business and military aircraft — including the Rafale fighter jet.

A lawmaker from former president Nicolas Sarkozy's UMP party, Dassault admits using his vast personal wealth to help residents of Corbeil, where he was mayor from 1995-2009, but denies any payouts were made in exchange for electoral support.

The vote-buying investigation has been linked — by the media but not publicly by the judges — to two shootings which took place in Corbeil last year and are considered by police to have been attempted murders.

The case has also triggered allegations of attempted extortion and intimidation, both by and against Dassault and his immediate family.

At least two men who claim to have been paid handsomely by Dassault to help organise the alleged vote buying have described a well-oiled electoral machine which targeted poorer families from immigrant backgrounds.

In return for casting their ballots the right way, residents could expect help with financing driving lessons — a key to coveted municipal jobs — or with finding accommodation subsidized by the local council.

As well as the alleged vote buying, Dassault could be charged with money laundering and misuse of public assets — sufficiently serious crimes to raise the possibility of a prison term.

In 1998, Dassault received a two-year suspended prison sentence in Belgium for bribing members of the country's Socialist Party to win an army helicopter contract in what became known as the Agusta scandal. 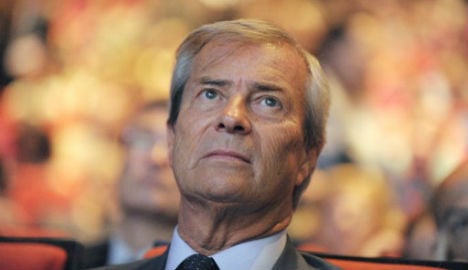