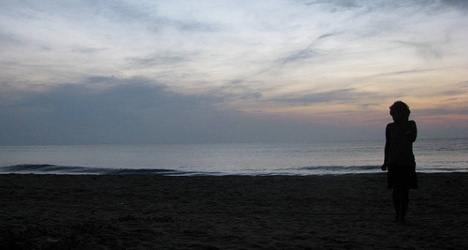 The mystery woman, aged 25, appeared to have no knowledge of who she was or where she was from. Photo: jaliyaj/Flickr

Spanish police on Tuesday said they had located and identified a Frenchwoman who went missing from southern France a week ago, explaining that she appeared to be suffering amnesia.

"The young woman seemed to be confused, suffering from memory loss, and did not remember who she was or where she was from," when she was found on a beach near the Atlantic coastal town of Gijon on February 12th, the Civil Guard said in a statement.

"Forgive me, I failed" was written in English on her hands, they added.

The 24-year-old was reported missing in Toulouse on February 11th but Spanish police said she travelled by car to the nearby town of Oviedo.

Staff at the local Cabueñes Hospital where she was taken for a medical check-up said she spoke fluent English, but also understood French and Spanish.

There was no sign she had been assaulted and tests did not reveal any drug abuse.

The woman, who appeared to be around 25 years old, appeared to have no knowledge of who she was or where she was from.

The only clue she had been able to provide the local authorities with was that she remembered catching a train and a bus from the nearby town of Oviedo to reach the beach.

Even though local and national media had been told to give coverage to the story, Spanish Civil Guard Police did not receive a single call from anyone claiming to know the mystery woman for several days.

She was eventually identified after her picture was sent to Spanish and European police.

The woman who had been missing since February 11th was doing Erasmus in Slovakia and had been travelling around Spain, El Mundo reported on Tuesday.

It is still not known why she couldn't remember how she had come to be on the beach.

However, her family say she had left a letter to a friend containing a similar apology to that written on her wrist when she was found.

The family added the woman had been robbed in January, and had been feeling unwell ever since.

They were expected to pick her up at a Gijon hospital this week.