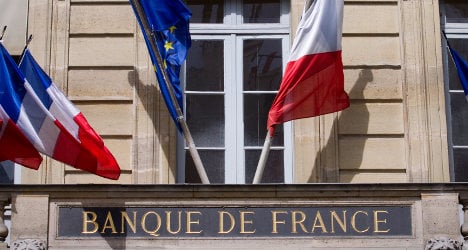 "We have to have a consistent proposal on the table before the elections," French Finance Minister Pierre Moscovici said as he went into a meeting with his EU colleagues.

France recently discussed the issue with Germany and will do so again Wednesday when the two governments meet, Moscovici said, hoping that they would find common ground.

"We still have to work to get a compromise but the countries (backing the plan) … are ready for it," Moscovici said.

France and Germany have won support from nine other EU member states for the FTT which they champion as a way of making banks and investment houses pay for the excesses which led to the 2008 financial crash and the debt crisis.

The FTT is also backed by Austria, Belgium, Estonia, Greece, Italy, Portugal, Slovakia, Slovenia and Spain. But the nations do not agree among themselves on the terms of the tax.

The 11 won the right to go ahead with the FTT under what is known as "enhanced cooperation", a rare EU procedure enabling a minimum third of EU nations to work together without the rest when there is no general agreement

Britain, which is home to one of the world's largest financial markets in London, is hostile, seeing the FTT both as interference with the national right to decide taxation, and as counterproductive since it could drive
business away.

Moscovici recognised that issue, saying that while he was working for an ambitious and comprehensive FTT, a tax "which leads to capital flight would be pointless."

The European Commission estimates the FTT could raise 30-35 billion euros annually via a 0.1 percent levy on trade in shares and bonds, while derivatives will be taxed at 0.01 percent.

The FTT would apply to any transaction, anywhere in the world, carried out by a financial entity which is based in one of the 11 EU states which have so far agreed to implement it.