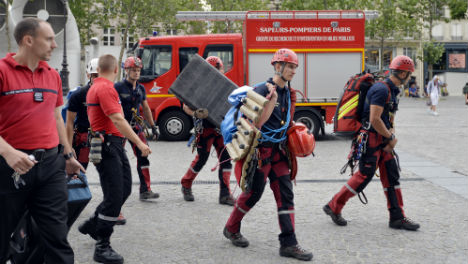 The girls, aged eight, 11 and 18, were with three other siblings when the blaze broke out in their eighth-floor apartment in the municipality of Sevran, rescuers said.

Firefighter Gabriel Plus said the three surviving siblings had been rescued and taken to hospital for smoke inhalation. Four firefighters suffered light burns.

The parents, who had not been home, were also at the hospital and were in "a state of shock", said Sevran mayor Stephane Gatignon.

A local government official said the source of the fire was as yet unknown.

Nearly 180 firefighters and some 30 fire trucks were rushed to the scene.