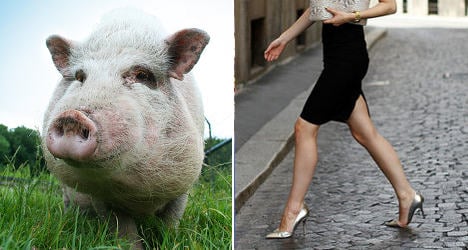 Can you spot the real bizarre French laws from the fake ones? Photo: JereMe/Leather Fashionista/Flickr

You've probably heard about the one which says it is against the law to name a pig Napoleon in France or the law which bars you from kissing on a French train station platform.

While it's unclear whether these two well known examples, which regularly make the top ten lists of "the world's dumbest laws" are actually still in the law books, you just have to look at the fact that a ban on Parisian women wearing trousers existed until last year, to realize that France has had some rather bizarre legislation.

So The Local went out and found some of the oddest and most interesting rules in France.

BUT instead of making it easy for you, we've added a two or three that we made up ourselves just to test you.

See if you can spot the truly bizarre ones from the strange but false French laws. Don't worry. All is revealed at the end.

Real or fake? The most bizarre laws in France Let us know if we have missed any out. Email [email protected]