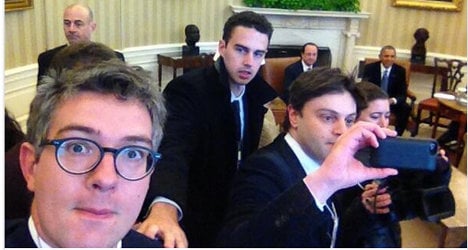 Le Monde journalist Thomas Wieder couldn't resist a selfie, but it did not go down too well with White House staff. Photo: @ThomasWieder/Twitter

Some French reporters just couldn't resist the temptation to take pictures of themselves on their mobile phones, known as "selfies", in the White House's Oval Office.

This tweet below from Canal Plus reporter Laurence Haim says: "White House advisors do not appreciate all the selfies being taken by French journalists in the Oval Office, It's not the done thing."

This is what she talking about. Le Monde's journalist Thomas Wieder became the star of stories in the French and international press for this selfie he took, which shows François Hollande and Barack Obama in the background.

Here he is again, joking that he has changed jobs to become the White House spokesman.

French journalists are taking pictures of themselves in the White House Briefing Room @cholakovv https://t.co/EoPvwa2Ixk

All the selfies led to some unflattering coverage in the French press on social media, where it was suggested the reporters were acting like they were on a school trip to the White House, as this headline suggests. 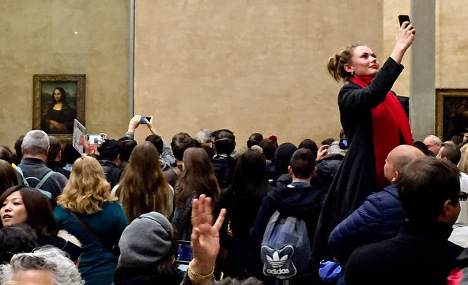